In an everchanging industry, there is always a spot for new businesses. Customers are constantly on the lookout for the next big thing. Whether it is in eCommerce app market space or on-demand food delivery app, users are always keen to try out new things. This creates an interesting opportunity for new start-ups. Every year, hundreds of new start-ups are launched, trying to bring something new in the market, trying to become the next big thing. But most fail to do so. The reason behind it is the lack of planning and understanding of the market.

Yes, there are opportunities to be exploited, and there is money to be made, but only when one is ready to take on the challenge. Running a successful business is a typical task which requires perseverance, ability to assess a situation and make an on-the-spot decision, and (this is a new one) a good mobile app of course.

We live in the smartphone era; there should be no ambiguity about it in anyone’s mind. If there is a utility, there is an app for it, either on the Apple Apps Store or Google Play Store.

Statistics show that as of the third quarter of 2018, there are 2.1 million apps on Google Play Store and 2 million apps on the Apple App Store. These number clearly tell us that the smartphone app business is bigger now than ever and so, every startup needs an app. It gives you a better reach, and it gives you more opportunities to convince users that your services are worth spending their money on.

Now the market is too big. We have millions of apps and billions of app users, and there is a major divide between the two most prominent smartphone technologies in the market. Apple’s iOS and Google’s Android, as most of you already know, own most of the smartphone market share. So naturally, if you choose to develop your business’ app only for Apple, then you lose all the Android business and vice versa. So if it is at all possible, you should have an app for both platforms.

But if you’re just starting up and you don’t have a big budget at the time, then today we will tell you how you should decide between developing an app for Apple and Android for your start-up.

So let’s get rolling then!

The first step is proper market research. It’s almost like testing the water before jumping into it. You need to make sure what you’re getting yourself into. Having a good business idea is essential. Yes. But it is only the first step. Your ideas are worth nothing if they are not properly harvested and executed. Being hasty and not giving this phase enough time will cost you a lot of money and bring you nothing but disappointment.

Why? Because you never let the seed of your idea germinate properly. So before you assemble a team of mobile app developers, you need to make sure that you understand the market and know what you want.

Start by researching your competition, businesses you will be going up against.

What are they doing with their apps?

Do they have an Android app or an iOS one?

What are the things that make people like them the most?

What are the things that they are doing wrong with their apps?

Asking all these questions will create a crucial information pool for you and your app, it will tell you what your app needs to be to compete in the market.

Then the next step is Trend Research. Our world runs on trends; people are drawn towards new things. There is no glory in developing an out-dated app; you need to get with the time and try to bring as many of these trends in your app. From new technologies to themes that are currently hot in the market right now, you need all this information to create a basic blueprint of your smartphone app. If you play by the rules, follow trends and keep updating them over the course of time, then you will not only make it in the market but thrive as well.

The next thing to consider in this phase should be your customer base. Based on the type of your business, you need to ask your customers about the features they would like to have in an optimal app. Face-to-face interviews are a great way of getting that information.

Now a perfect app doesn’t exist. But that doesn’t mean you stop trying to make one. So take customer reviews very seriously and then think which OS, Android or iOS, will be able to meet those requirements better.

After the end of this phase, what you will have is an information bank which will not only help you decide on a smartphone OS but will also prove to be an asset throughout the development phase.

In the end, everything you do, as a businessman, is to bring in more customers. So it shouldn’t come to you as any surprise when we say that the reason you create an app is not for personal gratification, but for the amusement and usage of your customers. In the end, your app must serve some purpose for the users; it must be useful to them. Otherwise, the costliest of apps wouldn’t be able to stop your business from failing. An app’s identity as a product naturally depends on the type of business that you are running. But at the same time, it also depends a lot on the customers you are targeting.

And since where there is a choice there is a conflict, Android and iOS users have been fighting over which one is better. Both have loyal customer bases, and they have different demands and needs. So you need to decide in this phase who your customers are and which OS is the most reputed one among them. Android and iOS have divided the smartphone customer base into smaller fractions, kind of clandestine pools. And these pools have been engineered based on several aspects.

First one is geography. The location of your customers will influence your choice of OS greatly. If you are targeting North American markets, then it is always a good idea to go for an iOS app. The reason behind it is the simple matter of having a greater dominance. Western countries are ruled by iOS. Whereas if you are looking to target Europe and Orient, then Android is the obvious choice because people in these parts favor Android far more than iOS.

Then comes the second aspect of division- the paying power. By general consensus, it is believed that people who go for iOS are financially stronger than those who don’t and are more likely to make in-app purchases as well. So if you’re a retailer, then iOS can help you make customers with good buying power. But Android has it’s plus points too. The biggest one is its huge market share. By simply being available to so many people, it somewhat evens out the gap between itself and iOS.

This phase will determine your needs, or to be more precise, your app’s needs. While money is a crucial factor, which we will discuss later on, you need to think of the technical aspects and needs of your app as well.

Both iOS and Android have their own pros and cons. Some of them are-

4. The Weight in your Wallet 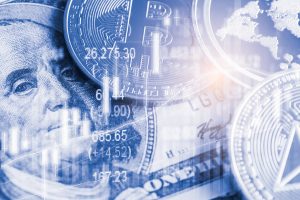 And now on to the final aspect, the biggest question that you will face if you are on a strict budget- can you afford it?

There are a couple of aspects here that you need to consider. The first one is the development itself. Though it might come as shocking news to some, developing an Android app is costlier than an iOS app — the reason being the greater number of hardware iterations in the market. There are just so many Android devices in the market, and each one is different from the rest in some aspect. So when a developer makes an app and a tester tests it, they need to do so for all the devices. This is tedious, obviously, but at the same time, it prolongs the testing phase and thus increases the cost of development.

On the other hand, iOS app development is cheaper because it doesn’t have too many models in the market. So the testing phase is substantially shorter and will cost you a lot less.

But apart from developing an app, there is also an issue of uploading your app. Firstly, you can only download an iOS app from the Apple App Store, and as a business owner, you will need to publish it there. This means you will need to pay $99/$299 publishing charges per year, will have to wait for 1-2 days for an answer and still, there is a chance that your app will be rejected.

The reason is Apple’s will to keep the quality of its content up.

On the other hand, Android apps have a lot of marketplaces; you’re not bound to the Play Store (But it is always a good idea to release an Android app there because it tells a user that you are a legitimate business). Then Google only charges $25 publishing fee, for life. That is, pay $25 once and that’s it, you’re all set. It also has a quicker response time and a negligible rejection rate as well.

So now that we have gone through all these phases, we are in shape to answer the big question- Android or iOS?

The answer, we’re afraid, is subjective. If you are a budgeted start-up which is looking to target wealthy users, then iOS is your obvious choice. But keep in mind the Apple App Store has a high rejection rate. So after putting in so much money, your app might still not be able to find its users.

On the other hand, if you like to play around a lot with the visual elements of your app, and if money is not an issue for you and your start-up is not very in-app-purchases-centric and you want to target people who fall into the lower income group, then Android is the OS you should go for.

But as we said it in the beginning as well, you cannot afford to alienate an entire species of users. So over the course of time, you will have to start thinking to bring your app on whatever OS you choose to reject in the beginning.