Cross-Platform App Development | Everything You Need to Know

Why Should You Prefer Cross-Platform App Development?

Cross-platform applications offer some of the promising benefits to the enterprises. Here are the prominent ones for you:

Cross-platform apps significantly reduce the coding efforts by increasing the opportunity of code reusability. The code is only required to be written single time or for a single platform and can be used for multiple platforms (if needed). This not only reduces the efforts but also helps the clients to save on cost.

The cross-platform app development framework leverages unified codebase that accelerates the development process. This, in turn, helps the enterprises to release the applications in lesser time.

Leveraging single codebase for multiple platforms, this reduces the overall cost of development while making the process much cost-effective. Enterprises can get an app developed without huge investments on tools, resources, and technologies for each system/ platform. In addition, you need not require to hire a dedicated team for developing the mobile app for each platform.

Most of the cross-platform app development frameworks offer the developers with tailor-made modules and extensions that they can integrate with other tools. This helps them to enhance the functionality and UI/ UX of the application. In addition, frameworks make it easier for pushing the app updates across the devices and platforms as well as make the code easier to maintain and deploy.

User experience is one of the essential aspects that determines the popularity of a software or an application. With cross-platform app development, you can use a single codebase for multiple platforms and thus ensure that the applications offer consistency and uniformity across them.

Cross-platform apps enable you to cover a broader spectrum of available platforms and devices. This increases your ability to address greater market potential and address the audience regardless of the device they are using. 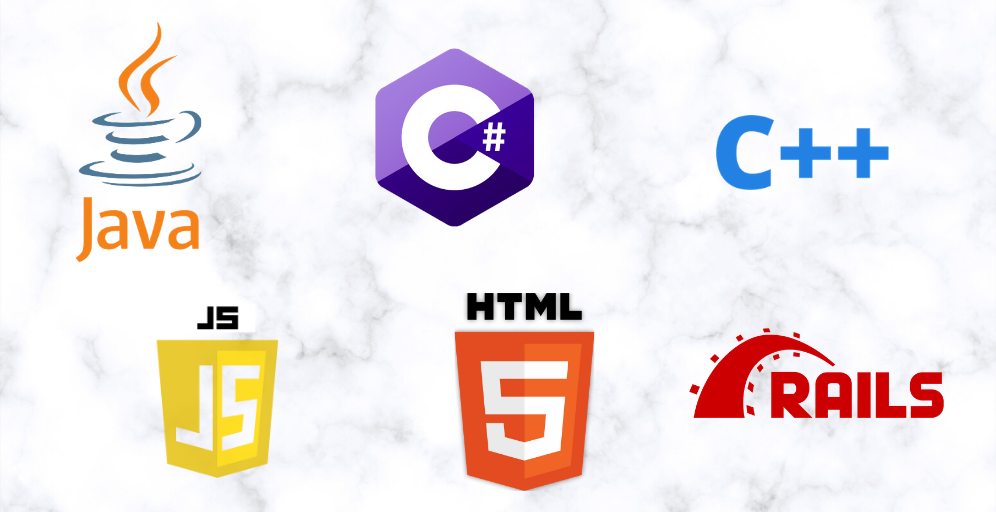 Java is the core language for the Android App Development. This language has been tailor-made to ensure fewer implementation dependencies and is counted as concurrent, class-based and object-oriented language.

C++ is the language that emphasizes on imperative, object-oriented, and generic programming features that make it the best fit for the cross-platform app development. It is less advanced as compared to Java and is a general-purpose programming language.

HTML5 is explicitly designed for the mobile apps that are compatible with desktops. On the other hand, JavaScript is a high-level interpreted programming language that is used for HTML5. Both the language serve as an amazing choice for the cross-platform app development.

Ruby is the programming language that adds the element of reflective, object-oriented, general-purpose, and interpreted features to your cross-platform mobile apps.

Here are some of the tools that are majorly used for the cross-platform app development:

Apache Cordova is one of the popular cross-platform app development frameworks that offers features like reusable code across platforms, support for offline scenarios, access to native device APIs, and much more in a convenient way. It uses JavaScript, CSS, and HTML 5 for the app development while the command line runs on the Node.js.

Owned by the technology giant, Microsoft, Xamarin is one of the popular frameworks for cross-platform app development. It enables mobile apps that contain standard, native user interface controls. With Xamarin, you can access an extensive range of the functionality offered by the underlying platform and device including (but not limited to) ARKit and Android multi-window mode. It also has the capability to break down the cross-platform operations like creating dynamic layouts for iOS.

Cross-platform app developers at every stage of their career can use Unity, thanks to an extensive range of functionalities. It primarily uses C# for coding and is a cross-platform game engine that takes care of 2D, 3D, connected, and AAA games. Unity 3D offers the developers with a wide array of perks in terms of free plugins, detailed documentation, besides many others.

NativeScript is an open source framework for native mobile app development using Angular Vue.js, TypeScript, or JavaScript. It enables efficient iOS and Android App development using native UIs and libraries. One of the most striking features of this framework is that it allows the developers to utilize most of the JavaScript libraries that do not require internet for functioning.

Sencha is specifically made for the mobile web and is a user interface JavaScript library. Apps developed using Sencha offer native look and feel on the supported devices. It aims towards fast and easy mobile app development of HTML5-based mobile apps that work seamlessly on Android, iOS, Windows, Tizen, and BlackBerry.
The product tools under Sencha include EXT JS, EXTReact, GXT, and Sencha Test. EXT JS is one of the most popular among these. It is a complete JavaScript framework that offers a powerful UI library. This aids a quicker project delivery while helping to maintain the data-intensive enterprise web and mobile apps.

Appcelerator is an open-source framework that enables native application development through a single JavaScript codebase. It provides an optional virtual private cloud option for the companies that handle sensitive and private data.

Kony App Platform is a low-code development framework that ensures a hassle-free cross-platform app development. It offers visual design canvas and tools that accelerate the development and design time. Designers and developers can easily integrate entire native OS or available open-source and third-party frameworks in their applications. Or, they can choose from an extensive collection of pre-built templates to give the mobile apps an excellent user experience without compromising with the speed.

Enabling high-end data-centric and native mobile consumer apps, RhoMobile is another open-source framework. It smoothens the development and testing process by facilitating testing without implementation of emulators or hardware. RhoMobile outshines other frameworks owing to its ability to provide automatic data encryption.

Here are some of the editors and IDEs that highly support your cross-platform app development process by providing certain features:

IntelliJ is an open-source platform. The code written through it is covered by the Apache 2.0 license which implies that it gives you the liberty to develop open source as well as commercial products without paying royalties to JetBrains.

Cocos creator is a unified package of the game development tools. It helps the developers with extensive management by enabling games, apps, and other cross-platform GUI based interactive programs. The tool is more popularly used to develop iOS applications. Cocos2D is a framework that covers C++, JavaScript, Swift, and Objective-C.

Qt is known for fostering fluid, high-performance, and intuitive UI, applications, and embedded devices, all using a single codebase. It offers highly efficient C++ framework including the cross-platform libraries, APIs, and tools for faster time to market. It features an easy-to-use and flexible IDE along with design tools with ready-made controls and out-of-the-box functionality for efficient UI design. Qt is open, extensible and modular C++ framework that supports cost-effective software development.

MobinCube is the framework that significantly reduces the coding efforts. It features an intuitive visual interface that facilitates easy app designing using simple drag and drops functionality. MobinCube boasts of offering a great option to develop apps from various industry verticals including business to educational, entertainment to games, and home to health, besides any more.

Similar to MobinCube, AppsMoment is also a code-less platform that does not require you to ace any particular programming language. This platform is popular for the development of iPhone, iPad, Android, and Kindle apps. It allows the developers to develop, customize, and publish the apps free of cost. Besides, it also offers more than 60 custom features and 50 templates that enable resources, tools, information, and guidance for flawless cross-platform app development.

RubyMotion is a dedicated framework that allows you to develop cross-platform apps for iOS, Android, and OS X in Ruby. It features a statistically-compiled version of the Ruby language built explicitly for the native mobile apps. With command-line based extensible toolchain that lets you customize the development workflow in the way you prefer.

Ionic makes it easier than ever to build, test, deploy, and monitor cross-platform apps. It is a free and open source framework that enables progressive web apps and native mobile apps with a single codebase. With Ionic, it allows you to use over 120 native device features including Bluetooth, HealthKit, Finger Print Auth, and much more with Cordova/ PhoneGap plugins and TypeScript extensions.

DropSource is a low-code mobile app development platform that enables the enterprises to use their enterprise data for developing native enterprise-grade applications. It features a robust drag and drop UI that makes it easier for the developers to build, deploy, and maintain mobile apps swiftly and without degrading the quality.

Yapp is a comprehensive app builder that lets you manage multiple aspects of your apps, besides development. It boasts of offering its users with a do-it-yourself platform that enables convenient creations, editing, and instantly publishing of the mobile apps that run seamlessly across the platforms including iOS and Android.

Corona is a cross-platform framework that enables faster app development. The apps developed using Corona run flawlessly across desktops and mobile devices. That is, once developed you can publish your apps on a wide range of devices including Apple iPhone and iPad, Android phones and tablets, Amazon Fire, Mac Desktop, Windows Desktop, and even connected TVs such as Apple TV, Fire TV, and Android TV. It primarily uses Lua, a robust and easy-to-learn scripting language strongly supported by extensive documentation. Besides this, Corona also offers some of the striking features like real-time simulation, live testing, guaranteed speed and performance, and a wide array of plugins.

Xojo is rapid cross-platform app development platform that is perfect for coding apps to be deployed on macOS, Windows, Linux, web, iOS, and Raspberry Pi. It offers an extensive range of modern support for graphics, database servers, and internet protocols.  Using drag and drop UI, it enables the developers to enrich their applications with a native user interface.

Digitization and advancements in technologies have greatly transformed the world today. Every industry, irrespective of its domain, requires a powerful mobile app to drive their business towards success; and investing in cross-platform app development surely adds to their success. So, leverage the points mentioned above and select the best framework and tools that suits your business needs. You can even hire a mobile app development company to develop your mobile app in an efficient manner. still have doubts? Feel free to contact us!

How to Develop an NFT Wallet for Your Business?

How to Develop a Personal Styling App Like Wishi?