You will often hear ‘There’s an app for that’ when you ask about something. The normalcy of having an app for everything is the result of us living in an age where technology is practically dictating our lives. Technology has transformed our ways of life, work, commuting, communicating and even the way we read. It has also changed the way we look at things, for example, the way we navigate and explore new places, new restaurants, or locate nearby cafes or shopping centres. 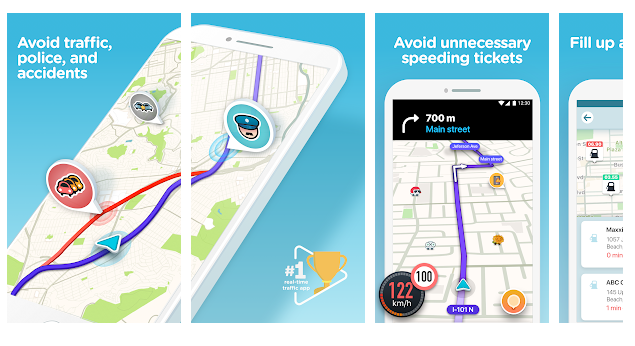 Waze Navigation app is the second most popular app used by people after Google Maps. A recent survey revealed that till June 2018 Waze Navigation had over 100 million active users per month. As a mobile app for navigation apps Waze have captured the GPS navigation system because of two reasons:

Waze navigation has been able to help users to have better commuting with less time. It has also initiated the discussion among the users of the app about unexpected traffic jams, car accidents, and traffic slow-downs that they witnessed during their commute. This helps other users of the app to make an informed decision about the road that they take for their journey.

Waze Navigation has become popular because of the way it works and helps the users in commuting.

There are several features in the Waze GPS app that makes it work the way it does, which is beneficial for its users.

Following are some of the ways that the Waze app works:

It is important for any new start-ups to understand the ways that Waze navigation works if they wish to make a navigation app like Waze.

Features That An App Like Waze Navigation Should Have?

One of the reasons that Waze became a popular navigation app is because it allowed third-party developers to design the add-ons, which added more substance to the app. So if you are planning to make an app like Waze there are few features that you need to keep in mind while developing it.

How Matellio Can Help You?

Matellio is an one-stop shop for all your requirements in developing a customized app. With our accurate and advanced solutions with a highly experienced team, we can provide you to create a navigation app like Waze. We can help you to build a navigation app that is creative, user-friendly and meets all the requirements, which would fulfill the user’s need of providing a seamless, effective and safe commuting solution.