How AR and VR are Transforming Healthcare?

Why don’t surgeons have coaches or tutors, just like top singers and athletes? Medical professionals are expected to deliver care in a fast and cost-efficient way while keeping up to date with the most recent technologies.
Even the best-trained professionals can benefit from coaching to improve their skills, according to the surgeon and author Atul Gawande. VR and AR are set to be in the vanguard.

What Exactly are Augmented Reality and Virtual Reality? 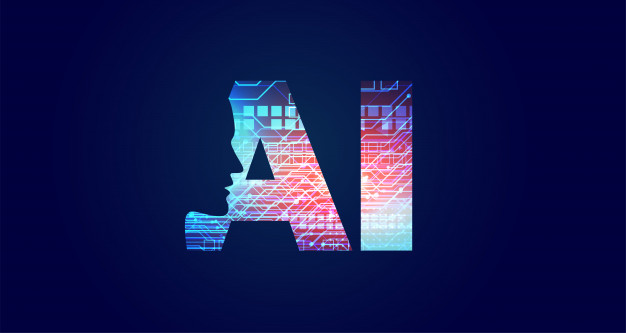 VR, on the other hand, is an indulging experience that shuts off the physical world. Using a VR headset, it transports users into a new “reality” of real-world and imagined environments.

So What are They Doing in Medicine?

Augmented reality solutions, for instance, can be used in telemedicine. It is the concept of receiving medical consultation without being physically present in the doctor’s clinic.

Telehealth is also a new method of monitoring your patient’s health from a remote location with functionality like geo-based pharmacy recommendations, live video monitoring, simplified billing, and electronic health records.
There are several instances of AR and VR apps in the healthcare industry. The best amongst them is AccuVein that shows a blood vessel map in real-time that helps doctors avoid errors.

AR and VR applications will also be used to improve the way surgeries are performed today. For instance, AR training simulators let the doctor’s map all the motions needed for physical therapy straight to their patient’s body.

How AR and VR are Transforming Healthcare?

Patient experience is one of those evasive factors that barely gets to be discussed when it comes to mentioning about how VR & AR can better the Healthcare system. Although, in Reality, patient experience is the one field that gets the most out of the implementation of VR & AR to the operation. Engagement matters a lot for a successful treatment, and often it is the only thing that gets the least attention because of its relatively inconsequential influence in the bigger picture. What I mean is- when it boils down to a matter of life and death, customer experience is not something that comes to mind first. AR solution can significantly improve the overall patient experience by adding pop-up information and navigating features, among other things. The other way, AR & VR healthcare apps can improvise the Patient Experience is via an extension. As you know, chronic patients often feel the discomfort of being partially left to their devices, in-between the procedures. VR & AR can make this feeling a little less uncomfortable.

For instance, VR and AR can be utilized to maintain interaction with their relatives. Also, VR physical therapy can be used to experience the places outside the hospital, stating, “try before you buy” scenario. Plus, AR can help the patient to track their stats and stay informed with their therapy progress in a more engaging manner.

Scientists from the Cancer Research UK Cambridge Institute (UK) have built a VR 3D model of cancer to give a brand new perspective of viewing the disease. VR allows a cancerous tumor sample, taken from a patient, to be studied in detail and from all angles – with each cell mapped out. The core idea behind the VR 3D model is to aid the researchers’ understanding of cancer and help in inventing new treatments for this disease.

A paper published in Frontiers in Neurology journal states that VR has a massive potential to be utilized as a part of the therapy treatment following a severe brain injury. VR helps in recovering the patients from brain injuries and cope up with day-to-day tasks, such as shopping or making appointments.
The technology recreates these activities within virtual environments. This allows patients to practice them at the rising levels of complexity. It helps them in regaining a higher level of cognitive function. These kinds of virtual environments can help doctors in recognizing the areas where patients experience more difficulties, for example, memory loss or the ability to make decisions.

One of the major challenges of the healthcare system is the lack of trained professionals. Always there are too many diseases in the environment and nearly not enough time to prepare medical personnel for answering the call. However, the implementation of the AR and VR solutions can majorly simplify the whole process of medical education and training.
For starters, VR Healthcare Training is the correct manner of studying human anatomy layer by layer and the mechanics of a human body. Also, AR & VR provide interactivity, which provides much more profound insight into the nuances of body functions.
Cutting edge technology is critical in the training stage as it is quite impossible to imitate real-life situations for preparing professionals, which is less of a problem with the implementation of VR solutions.
By using headset and sensors – it is feasible to recreate a scenario that will put to the test a trainee’s skills in a better manner. A possibility to experience an operation not as a passive spectator but in a simulated scenario is the specific test of ability.

Twenty-seven percent of patients with clinical depression see progress from using VR as part of their treatment. As per a study from University College London (UCL) and ICREA-University of Barcelona, a different kind of VR therapy where patients suffering from depression get comforted by their own soothing words. Patients, in an adult avatar, are trained to express empathy towards a distressed virtual child. They get to experience their own words and compassionate gestures. This type of VR therapy has led to a reduction of depressive symptoms.

It’s not a newfound fact that kids hate needles, but what makes it more interesting is how much of that anxiety is mental and not physical. VR has been utilized to alleviate pain tiny-tots by eliminating a lot of that pain by turning the experience by transporting their mind to other activities.
The virtual experience is coupled with a storyline, and the nurses are then able to perform the jobs without the tears generally associated with vaccines. A study related to this done at the Florida Atlantic University goes on to quantify that anticipated v/s actual pain and fear were reduced in 94.1% off. The AI-enabled applications in other fields like dentistry, surgery, has the ability to reduce the use of sedatives and may allow the usage of more local anesthesia for different procedures. These experiences can be a great help in dealing with phobias such as paranoia & fear of flying.

8: Tracking the Early Signs of Schizophrenia

In 2017, researchers from the University of Exeter developed a VR-based “mirror game” that could diagnose schizophrenia among patients in the early stages. The game asks players to duplicate gestures and facial expressions of a virtual avatar.
This was seen as a significant breakthrough, as VR is far cheaper than traditional techniques for identifying schizophrenia, such as neuroimaging.

Healthcare apps also benefit from geolocation and navigation features, as well. First and foremost, routing can be utilized in spotting the closest hospital. Although it is practically limited, but in some situations, it can save someone’s life, and that is the most important thing.
On the other hand, routing can be used for navigating in large hospital structures to locate doctors or OTs. It might seem irrelevant when you’re healthy, but when you are not and require a path offering the least resistance, an app like this might be a lifesaver.

As AR and VR continue to rise in the tech world, more and more stunning applications in the healthcare field will appear. We are at the initial of a technological revolution, and as always, medicine is one of the sectors that will reap significant benefits.

How Machine Learning is Changing the Landscape of Clinical Decision Support Systems?

How to Develop an AI-based Food-ordering Chatbot?