In modern times the apps like YouTube have a kind of monopoly over the video-sharing and storage markets across the globe. The video sharing business is worth 40 Billion USD, which is far higher than any video sharing websites on the internet. Thus the company has the most diverse and extensive viewership that gives the edge over same  a kind of video-sharing apps in the market. What does the website don’t have that remains the question? Mostly all subjects and in all languages along with various social and religious aspects are also on the website page, which is very uncommon for people to get to see at a glance. With time the video-sharing platforms like Netflix, Youtube, Vimeo are gaining the most needful contents to increase the market significantly. In the case of YouTube, the most interesting is it’s ways of going personalized with functionalities, features, contents etc. making itself a ready reckoned for the audience, it serves.

To develop apps like YouTube, one has to make an effort to gather the needful video contents which would be not targeted for a certain kind of audience but for all. This can be sourced from various sources or people who would expect some long term gains for their inputs in a YouTube-like app. It was found that the people spend at least 6 minutes daily on YouTube, suggesting its high popularity, so developing an app like YouTube needs valuable contents and outreach that would encompass all. Now to have a Video app like YouTube, the following steps would help you:

To have materials in the apps that are meant for a specific target group is the start to develop an App like Youtube. Many video sharing apps like YouTube, one has to go very deep to get the contents of their choice. So, before diving for the new app you should do a intense study about the most searched materials for its target audience in the phase of development. So narrowing down to get the contents for the target audience would be the first step in such app development.

Since youtube is a vast platform so at times the unsupervised platforms get illegal and fraudulent substances which may cause a substantial social uproar. So one has to ensure that the new app doesn’t have such contents. Thus the management of the materials has to have a strict view.

The new app that has to be like youtube needs to have the monetization model where the content generators get paid for the contents, so they too get motivated to develop new materials and make the app a vibrant place for the audience. Video app development is not natural, but it can be done with time and persistent monitoring along with payments to a content creator who are associated with the brand.

The app which has to be like YouTube should have the option to upload the contents fast and in unlimited numbers by the generator in a short span. The dropbox or Google drive should be supported by the app so that the generator of content can choose the content they wish to display be uploaded. The series contents can be made as well where the developers of videos may cause a series of its views on subjects, which makes the systems secure and user-friendly. The cloud platform is advised for the same where the contents can be increased or decreased following the market needs or the apps revenue generation model. The flexibility of the app is key to its long term sustainability and gives Youtube a challenge in terms of video contents. This would also help to monetize the app where the pay per view objectives of the business model can be established to generate the needful revenue through those sources. 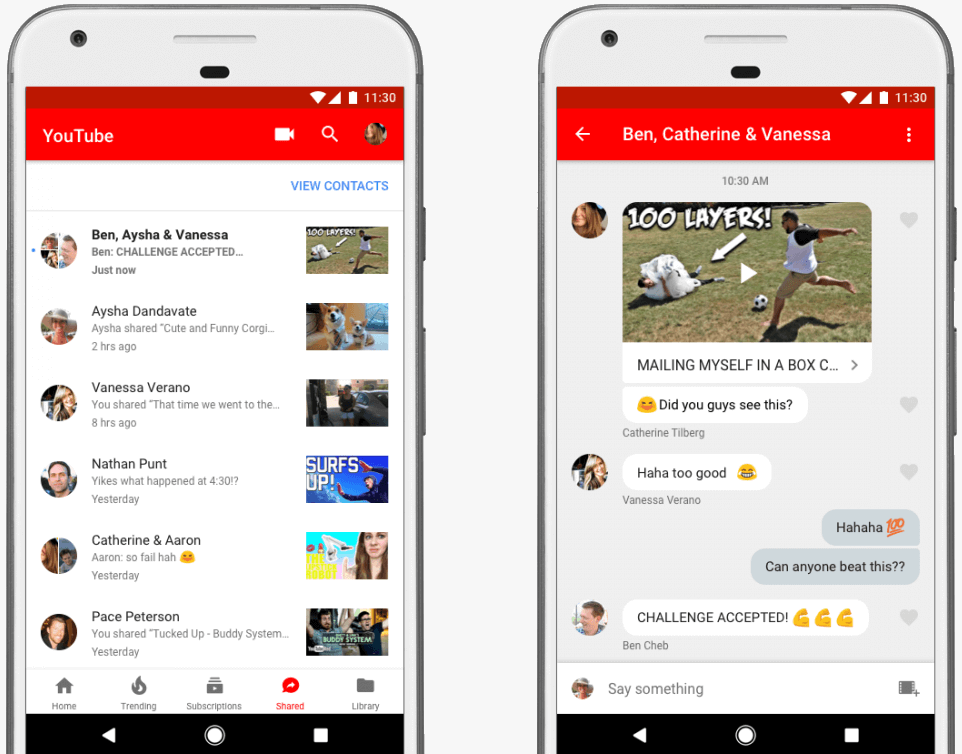 The viewers would be able to see the video of their choice with a click, which means that the video has to be readily available on the cloud platform. The videos can be shared with various people on other social media platforms like Facebook, Twitter, Instagram etc. so others may view the contents and thus get to know of the new app. This video should be easily streaming able by the social media user to give them the idea of the video content in the apps so that they feel about joining in as well.

Mobile App Development Services must ensure that the app is well made to suit the requirements as discussed. This ensures that the software is well selected and is compatible with various mobile software, to give the audience a chance to get the contents, undisrupted. The mobile app development services provide the global content market access to the developers. So the development should be made in a way that the app is well integral to Windows, Mac, Android-like platforms generally used to make the needed viewing globally. An example of Gaia.com is of a good example where they charge only 99cents to get the subscription to view a wide range of contents like Archeology and Space technology video contents for the rest of their life and each day thousands of such new videos have been produced and uploaded in there.

This model has done well to identify the users by charging them 99 cents which they have to pay via internet sources like Paypal, net banking, debit cards with OTP generated transactions to monitor the subscribers and thus develop their next steps accordingly to understand the viewer’s demands and  specific demography by making more specialized contents for them. The process ensures that only potential audience would be the part of the app and mitigates the probability of comprising illegal contents. Furthermore, one can’t use downloaded video content for further use without patronizing credits for the source and that stops the infringement of intellectual properties of the content creator. Building the video-sharing websites in the modern-day markets is a well-established source of income for the businesses. Which ensures the video sharing websites generates money and pays the content creator back for their expenses and motivation to create more.

The selection of the mobile app development services has to be well selected since its to be based on cloud computing from day one so that the people get the best of its abilities online in any corner of the globe with the mobile technology in hand. Further, the app should be compatible and viewable on all platforms like Android or iOS. The count of the views and the consumers’ content selection and choices are key for the developers to track for the future use to create better and more of such attractive contents for the target audience. Once the apps are developed, the advertisements is key which may be done as Gaia is doing by featuring its promotions via a 10 seconds video before the contents of such kind on YouTube or Vimeo. This is an excellent way to target the segment which the new app is looking for to go to as a substitute for youtube. So the development of YouTube-like app has to do its segmentation targeting well, which keeps its cost low, and once it’s started, it needs to adapt with the business demands for its long term sustainability and developments.

Once the app is launched the content diversity and the creation of the contents regularly would be essential along with payments to the contributors to encourage the right materials for its long term stability. This would make the business have the features and technologies developed for itself and thus make the strategies a reality in the long run in the video streaming market. A great app development requires the expert advice and the MVP based product development. Matellio has team of experienced and competent developers, who can help you in development and monetization strategy of the app.