How to Make Face Recognition App?

“Stepping one step forward, now the pet lovers are using the app like Finding Rovers for recognizing their pet or for meeting the owners back.”

What is facial recognition app and How does it work behind the scene?

The facial recognition mechanism in a similar fashion, the human mind works. It uses biometrics to map the facial features from some photos or videos and compare the received information with the database to verify the personal identity. The market is rising very steep and now poised to grow more than $7.7 billion by 2022. Now, these apps are available in all commercial forms from identity detection to marketing. 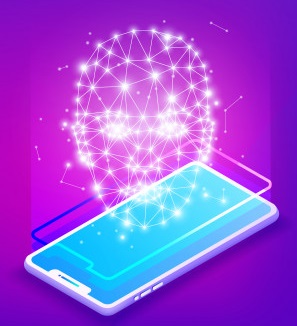 The innovative technique works over the algorithm and perceives the face as data, that can be stored, analyzed and compared as requested. Here are the basic steps, how the app works:

The powerful technology varies with the procedure as per the application requirement and manufacturer’s choice, but this generally follows a common procedure which involves capturing, processing, analyzing and comparing with the database record. These steps are:

1: Detection:  While the facial recognition app is integrated into the video surveillance system, it scans and detects the faces. The system checks the database whenever it detects the face like image. The system then collects the data like the head’s position, orientation, and size. Generally, the face is turned to a 35-degree angle for complete detection by Camera.

2: Normalization: Normalization is the process of removing the anomalies from data and bringing it into the standard format. When the image is normalized, it is scaled and rotated, so that it can be mapped into the appropriate size. The software deciphers the geometry of the face, by determining the noticeable key factors.

3: Representation: The data achieved by the normalization is then converted into a unique code. This code facilitates the easier computation and comparison of new data with the stored facial data.

4: Comparing: This is the final stage of the app where the achieved data is compared to the existing data in the database and if the comparison is found, the user is notified.

Top on the chart:

There are a number of apps available over smartphones. Although its claim its application to be the most robust, other apps also work efficiently over other platforms.

Before finding out “How to make face recognition app”, it is also needed to find out the roots. The facial recognition was first gained popularity in the early 1990s when adopted by the defense department of USA. Later on, 2001 made Facial Recognition the bold line, when it was used by the law enforcement authorities to recognize the criminals among the thousand. Sooner after that, the device was deployed in other parts as well to keep track of criminal activity. The facial recognition is one of the fastest growing biometric technology, which is both supported and suspected by the people for identity theft.

Be it the government organization or the private companies, all are using the face recognition technology for the varying purpose. Earlier it was only used by security agencies or by government departments to check for security purpose but later

iPhone made it a household term, and Technology started to permeate through the industry verticals.

Advanced approaches used for facial recognition and the limitation

The smart phone’s face recognition system works over two components: the front camera and 2D facial recognition algorithm. The 2D based approach for recognizing the facial pattern is not much secure. The development of an application is cheap and easy but not secure. To ensure maximum security, Iris detection is also integrated. Just like fingerprints iris are also unique for everyone. The quality of the front camera is the key factor.

To make it more secure the IR based cameras are also being used which are integrated with the help of external IR emitter device and camera to detect infrared rays. The infrared emitter device makes the application work better even in the dark. The 3D mapping is the most secure way for saving the application from being fooled. The powerful and secure application is being used for mobile payments and other security concerns. Despite all efforts, still, there are few limitations in front of accurate recognition of faces. It depends on the posing, light and image quality of the camera, where researches are progressing and trying to overcome the limitations.

All the limitations are there, still, the technology is gaining popularity. The constant R&D is pushing the technology to people’s daily lives. Different platforms use different algorithms which ensures accuracy. As we have discussed above, it is pretty clear that the idea implementation of how to make face recognition app is not that simple as it seems. Therefore, an experienced face recognition app development company can help you out with perfect integration for implementation. Consult with renown company or hire a competent project developer. The hype we are looking, will move higher, stay updated to stay ahead is the way.

Role of Mobile Apps in Banking and Financial Industries in 2022

How IoT Asset Management Solutions Are Beneficial For Healthcare?