Apple-lovers across the world had been waiting religiously for Apple to drop its new line of next-gen smartphones. Last week, the much-awaited Apple event took place at Steve Jobs theatre at Apple park in California, in which Apple launched an array of exciting new devices. People from all over the world tuned in to watch the live coverage of the event and have seen its recordings over and over again over the past week as well. But if you’ve missed the live broadcast of the event and you don’t have the time to watch the entire recording of the event all the way through, then we have created a nutshell of all the major highlights from the event, just for you. The focus of this article will be the new line of iPhones Apple has just dropped and their prime tech specs.

So let’s dive in!

The crux of the event!

In this special event, Apple released a brand new series of iPhone X- iPhone XS,  iPhone XS Max, and iPhone XR. Apart from that, Apple also released Apple Watch series 4 (Which we will be covering in a separate article). Apart from these devices, Apple also talked about new features coming to iOS 12, which was launched on Tuesday, September 17th. And lastly, Apple released its brand new called A12 Bionic, which we will talk about later in the article. 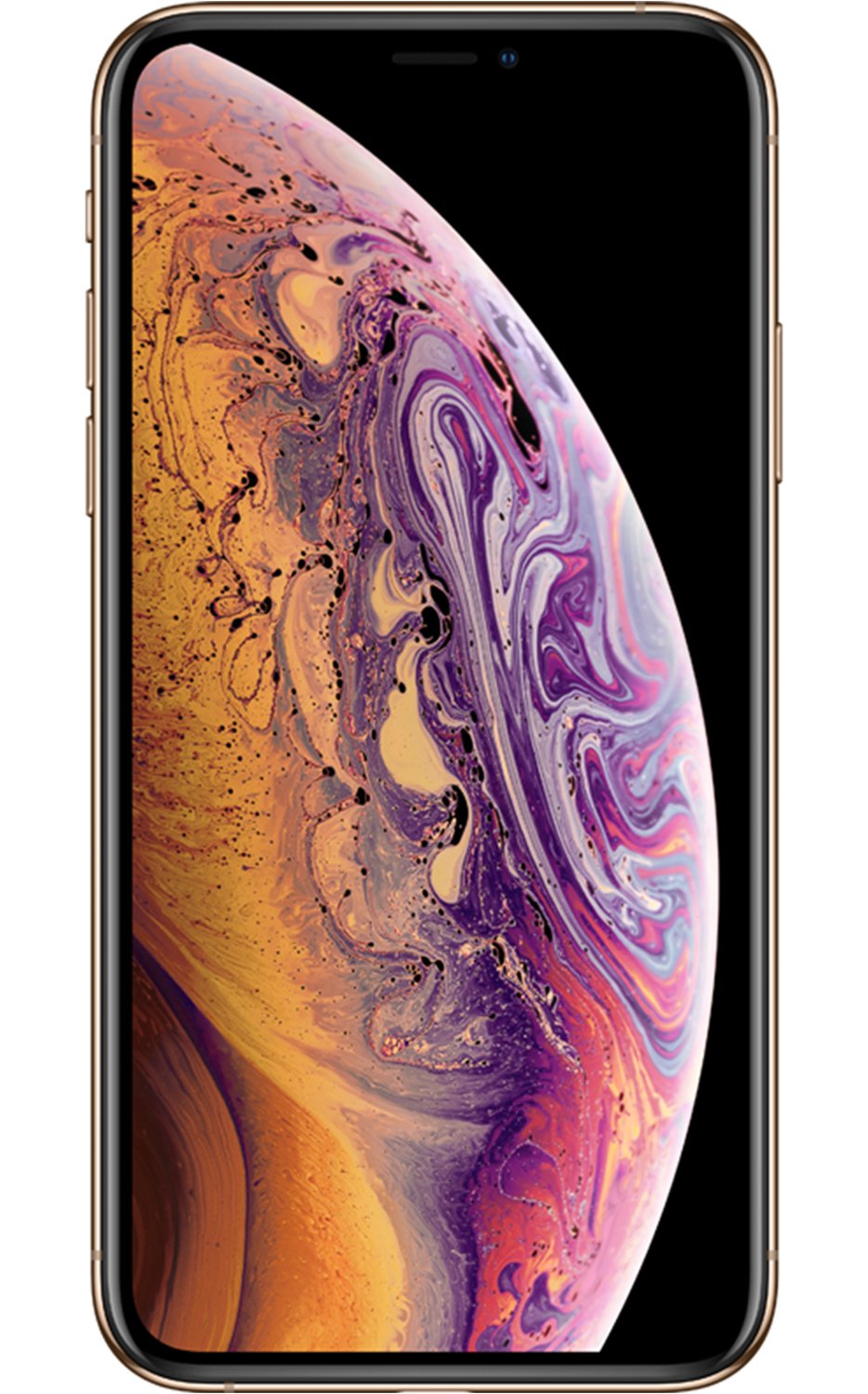 Apple’s latest flagship offering this year is iPhone XS. From the moment you look at it, it manages to stand out. It doesn’t have a physical home button as many had predicted. Furthermore, it has a chicer and round-cornered look.

One of Apple’s prime selling point has always been its high-resolution screens. And Apple carries on this trend with iPhone XS as well. It has a 5.8 inches diagonal, OLED (Organic Light Emitting Diode) Super Retina HDR screen with 458 PPI resolution. This phenomenal screen allows you to obtain the most out of any visuals that you might play on your iPhone. It boasts the industry’s best color accuracy, true blacks, and excellent contrast and brightness. It is capable of giving you that sharp, crisp image quality you always expect out of an iPhone.

The new iPhone XS has a dual 12 mp back camera which offers image stabilization and 2X optical zoom. Apple has really made cameras smart with iPhone XS. Combining multiple technologies, Apple has created Smart HDR. It allows you to use iPhones XS’ neural engine and advanced ISP to bring more highlight and better shadows to your clicks. iPhone XS also takes sharper action shots and captures more detailed low light pictures as well. Apple iPhone XS also has an improved version of Bokeh to blur out the background, and all new depth control feature lets you change the field of depth of an image after it has been clicked.

iPhone XS will run on Apple’s latest iteration of its smartphone OS, iOS 12.

The new iPhone XS is powered by Apple’s brand new neural engine, A12 Bionic. It uses real-time learning to enhance your gaming, AR and photos experience substantially over previous iPhones. A12 Bionic also promises to boost the performance by 15% and drop the battery consumption by 50% over A11.

iPhone XS is water resistant up to 2 meters for 30 minutes.

The new look of the iPhone has rounded corners and no physical home button. It has a stainless steel body and comes in three colors- golden, silver and space gray.

Yes, we can all agree that iPhone XS looks like a great device. But the question of the hour is, how much does iPhone XS cost? The new iPhone XS is somewhat cost-effective than its previous models. The released price list is as follows: 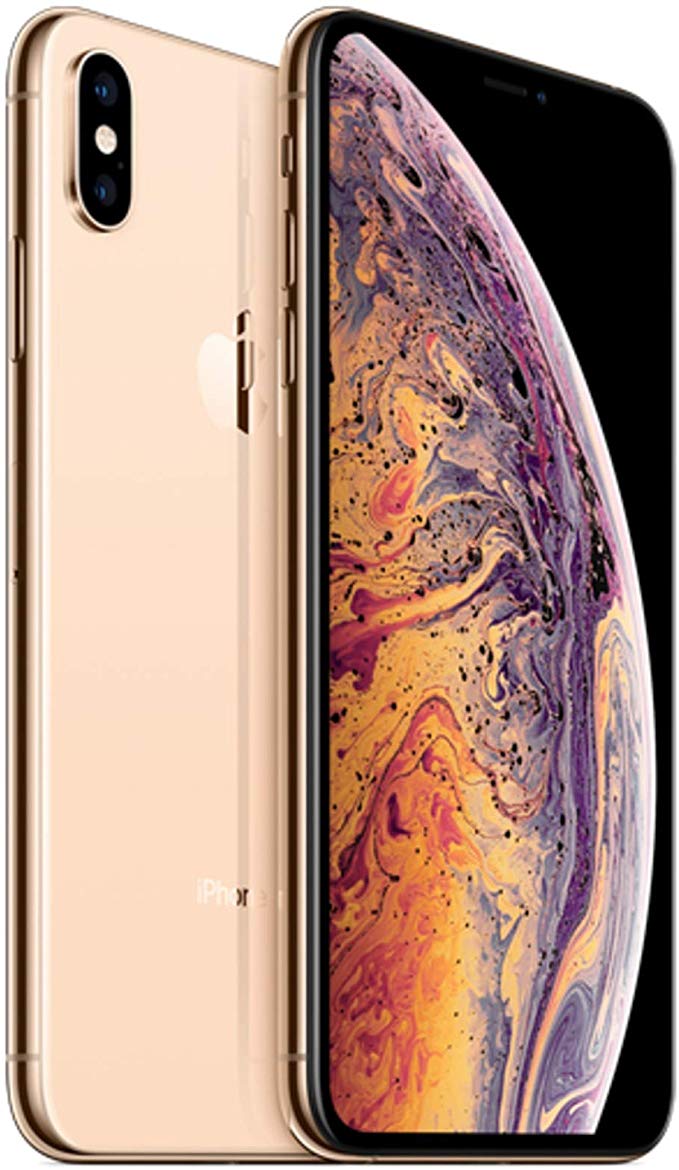 As we have mentioned earlier, Apple takes its display very seriously. If you frequently watch movies on your handheld device or play games on it or use it to shoot videos, Apple has just delivered an early Christmas gift for you. iPhone XS Max, is pretty much the same as XS on all technical aspects, apart from its screen.

iPhone XS Max has a 6.5 inches diagonal, OLED Super Retina HDR screen with 458 ppi resolution. This screen is the biggest screen Apple has ever delivered.

iPhone XS Max comes with dual 12 mp back camera which offers image stabilization and 2X optical zoom. Using smart HDR, it allows you to take sharp and more detailed shots. The image quality of low light shots have improved as well, and so has the sharpness of action shots.  Apple iPhone XS Max, an improved version of Bokeh, to blur out the background and all new depth control feature lets you change the field of depth of an image after it has been clicked.

The new iPhone XS Max is fueled with A12 Bionic as well.

It is water resistant up to 2 meters for 30 minutes.

The released price list for Apple iPhone XS Max is as follows: 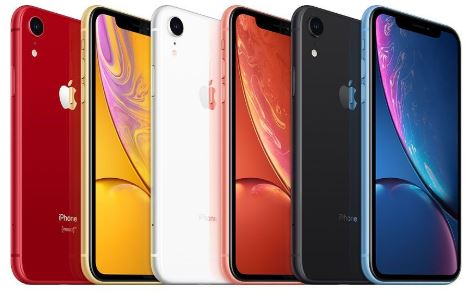 If you are a bit budgeted buyer and want to save some cash, then iPhone XR is the phone for you. This version of iPhone X is cheaper, yes, but at the same time, falls behind its siblings on some technical fronts, let’s check them out.

iPhone XR has a 6.1 inches diagonal, LCD liquid Retina screen with 326 ppi screen resolution. Though Apple boasts that its new LCD is the best in industry, it is no match for OLED screens in other iPhone X variants launched with it. But still, in these prices, iPhone XR is providing all it can. One setback with iPhone XR though is that it lacks 3D touch for quick access to deeper features.

iPhone XR only has one 12 mp back camera. So it doesn’t offer image stabilization or 2x optical zoom. But still, the camera has smart HDR which allows you to take vibrant and sharp snaps, like its siblings. And has advanced Bokeh and depth new depth control features as well.

The new iPhone XR will run on the A12 bionic neural engine.

It is water resistant up to 1 meter for 30 minutes.

iPhone XR is clearly Apple’s attempt to play in the lower price range smartphone market and make iPhone available to a broader customer base. iPhone XR starts at US$749.

Point to be Noted of this Event

With the release of this new range of iPhones, Apple has finally said goodbye to the physical home button.

Apple’s state of the art neural engine A12 Bionic gives us a lot to talk about. Apple claims that Bionic is built using 7-nanometer processors, a feat no other manufacturer has been able to achieve in the industry yet. The Bionic chip contains two performance cores to handle heavy computational tasks while four cores look over everyday tasks. Two computational cores increase the performance of the devices by 15 % and drop the battery consumption by 50% over A11. To enhance the graphics, A12 has a four core GPU. Apple claims that it is 15% more efficient than A11. Apple-designed neural engine seems like the game changer the world has been waiting for. This neural engine is built for advanced real-time machine learning. It can read patterns, make predictions and learn from experiences like a normal human can do. This neural engine is incredibly fast and is capable of performing 5 trillion operations in a second. Apple has really been focused on AR technology for the past few years, and A12 gives you the best AR experience. It has an eight-core architecture and runs nine times faster than A11. And finally, A12 Bionic has an advanced ISP (Image Signal Processor) which enables you to click high def pictures and take your photography experience to the next level with the help of smart HDR.