Kotlin vs. Java: 8 Benefits of Kotlin for Your Business?

Right from the beginning, from the birth of java, the developers are using the language to develop Android apps. But for a change now, Kotlin has been adopted by Android for the development of mobile services. A statically typed, a general-purpose programming language can be compiled for different platforms. The language is easy to learn and has basic almost similar to Java. with this, one of the most trending questions now is the differentiation between Java and Kotlin. Kotlin is now being popular among the entire Android community, as reported by Google. The reason being, android apps can be written in any language and can run (JVM) and Kotlin is JVM compatible programming language. For the newbies looking to join the Android training institute, it is a very important decision whether to pick Java or Kotlin for learning Android development. 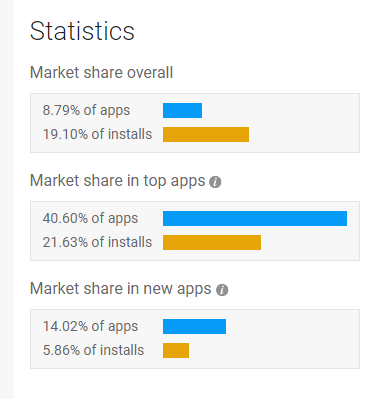 Further, language can decrease the volume of boilerplate code drastically. The language is focused on safety, clarity as well as tooling support. Also, as discussed earlier, Kotlin targets JVM but compiles to Javascript or Native code. Kotlin would soon provide support for other platforms like embedded systems, macOS and iOS.

8 Biggest Advantages of Kotlin Over Java

Let’s get straight to answering the question of what’s been bugging us for long. Here are some strongest reasons, why Android developer should leverage the benefits of the programming language:

As mentioned above, one of the biggest advantages Kotlin has provided to its users is that it is compatible with Java. we can easily translate any Java code into Kotlin and vice-versa.

Kotlin offers you all the tools and frameworks, that we can easily add to our projects, without any changes, that need to be done in the entire Java project. Although, there could be certain specific features where Kotlin seems better than Java or, you could prefer Java in some places, that okay, as we all are aware, Kotlin and Java, compiles to JVM bytecode.

There are many cases where Kotlin is considered to be concise than Java. Kotlin is able to solve similar queries using fewer lines of code. In the Java system. This helps in improving maintainability and readability. This also helps engineers to understand, read, write, change code in a more precise manner and more efficiently. Although, there are features, which help us achieve conciseness through Kotlin such as, type interface, smart casts, data classes, and properties.

Right from the introduction, we have been talking that Kotlin is safer and more concise compact and clear code. This allows Kotlin to have fewer errors and system failures and prevent common programming mistakes. The language provides full-fledged security and safety from irritating and frustrating NullPointerExpectations. And we need to remember, every variable in Kotlin is Non-null by default. And undeniably as compared to Java, Kotlin nudges the engineers to think in a more productive and precise manner and find out potential problems in code complexity.

A high order function is again an advantage provided by Kotlin. The language provides first-class functions. This also implies that we can easily store the functions in data structures and variables. By this, we mean that the functions can be seamlessly operated in all the way possible. And as discussed earlier, the language uses a broad range of function types to represent the functions. Further, this particular programing language provides you with a set of useful methods, including lambda expressions, operator overloading, and much more.

Before we, cast an object in Java, to check type is a compulsion. It comes true in scenarios where we need to caste the object. And as compared to Java, Kotlin offers a smart cast feature, that can handle redundant casts significantly. In simple words, Kotlin explicitly typecasts the immutable values and inserts the value in its safe cast.

Kotlin has bought together a supportive community, that is open for developers and engineers so that they can share their experience and expertise, even get their queries and problems resolved. Because, it a fact that, the larger the community, the more are the chances that someone has already suggested the tips, you are looking for. This makes the development journey easy and more fun.

And as the language is gaining more traction, it has a small community as compared to Java. But more resources are available for developers, which consists of online courses, books, and tutorials.

Kotlin provides better support for programming languages. Moreover, developers can solve many problems, and routine tasks, easily. It has the inlining feature from the beginning, which is not available in Java earlier. The feature helps in enhancing mobile app performances.

We can seamlessly joggle with the functions in a more precise manner. Thus, we can Kotlin provide better support for Functional programming.

The programming language provides its users with the Coroutines feature, which majorly focuses on avoiding thread blocking, thus, reducing the risk of errors. Coroutines help in managing intensive operations in a more precise manner. These are stackless because they demand lower memory usage. They can perform long-run and intensive tasks hassle-free. Thus, the code using Coroutines is clear and concise. As the feature also enables to create additional styles of asynchronous non-block programming, for instance, async/await.

When it comes to general-purpose programming, Java will gain traction, but not to forget, Kotlin has been rapidly growing and preferred by many Android developer communities. It’s not a complete revolution, but an enhancement of Java. Both Java and Kotlin are beneficial in their ways. But to some extent, we can say is Kotlin is a fresh start.

But ultimately, introducing Kotlin to your business enterprise is not at all an easy task. It has to be well planned to be successful. Whereas, Matellio, can assist you with the same. Our mission is to help our employees to compete with the complexities and challenges. We would love to partner with you, so Get In Touch With Us!!

Staff Augmentation vs. Outsourcing: Which One to Choose for Project Development?

Gamification in eLearning: An Overview