A well designed database is required everywhere. The database is used for the management of the functionality underlying in a project. A properly organized system for performing data-related tasks is crucial for the success of an organization. Here comes the talk of relational models.

A relational database management system has been there for decades especially when it comes to web- based enterprise applications. Rise of cloud computing has raised the expectations of users for data management.

Numerous databases, tools, frameworks, languages, operating systems, and platforms are used to accomplish the daunting task of data management. MongoDB and MySql are the popular names in this context. But, choosing the one suitable for your organization is not an easy job.

Hence, today we have compared these two databases on various metrics for making the road of tool selection a bit less troublesome. To know more, scroll down!

MongoDB, a popular document-oriented database comes under the category of NoSQL database MongoDB database first version was released in 2010. It implements the format of key-value pairs which is called the document store. These key-value pairs are stored in BSON files which are nothing but a slightly modified version of the JSON files; therefore all JS are supported. Due to this, it avails Node.js projects. Also, the JSON enables easy data exchange between servers and web apps in a readable format. This results in improved efficiency and reliability for meeting the storage demands. MongoDB implements a schema which eliminates the prerequisites for defining a fixed structure. These models facilitate the ability of varying the structures of record. MongoDB database is used by several famous organizations including Citrix, Klout, Twitter, Zendesk, HootSuite, T-Mobile, MuleSoft, Sony, Invision, SurveyMonkey, and FourSquare.

MySql is an open source RDBMS (Relational Database Management System) which stores data in tables and maintains relationships. MySql uses Sql, a very powerful language for performing basic operations- Creation, Insertion, Updation, Deletion, and Database Management. The basic concept is the storage of data in tables and rows. Further the data is related using Join commands, which is done in a way to minimize the chance of data duplication.

Mysql follows the relational model and has structured data with a clear schema. The schema is predefined based on the rule set up between your field tables.

In MongoDB, data is stored as documents in a collection. No schema needs to be defined  for the documents. When a new field is added in a document, the field can be created without impacting other documents in the collection.

Application development in Mysql is very slow as it leverages the table structure methodology.

Due to the JSON documents, MongDB is a lot faster. The database map to OOps Languages which makes it very easy for the developers to visualize the data mapping from app to database.

MongoDB can handle a large amount of unstructured data. All the data relative to a single entity is stored in a single document. This feature facilitates the reading and writing of data in a single place. MongoDB is known to deliver better performance as it facilitates the queries in different ways.

Atomic Transactions are supported by Mysql i.e., several operations are allowed within a single transaction.

MySQL was not raised on a distributed system architecture, however a new distributed database system named “MySql Cluster” is introduced in the family.

MongoDB, on the other hand, is completely on distributed architecture.

MySql comes with the support of JSON. This implies that the developers are tied with the multiple layers of SQL  features for interacting with JSON data. As a developer, when you wish to interact with the APIs then these layers are a kind of overhead.

MongoDB has no such case. MongoDB drivers and APIs are native to the software language. Therefore, here MongoDB has a better position than MySQL.

MySQL is developed and owned by Oracle Corporation. It can be manually installed using the source code. MySQL has been for a long time and therefore has a very strong community.

MongoDB is developed and owned by MongoDB Inc. The database is very easy to deploy. For its clean philosophy and collaborative community, MongoDB seems to attract a large number of users. MongoDB is available for various Cloud, SaaS, and web applications that can run on different platforms- Windows, Linux, and MacOS.

For storing anything in Mysql, one has to first begin with defining tables, rows, and columns using normalization. Due to this, there is  very less space for flexibility in storing data. Due to the little modification facility in the data model, deployment and development process gets very slow. Even the changes in schema designs are mandated.

In MongoDB, there are no restrictions on the schema design. Just drop a couple of documents without having any relation to those documents.  The only restriction MongoDB offers is of supported data structures. Also, the schema has to be optimized frequently because of the absence of the joins and transactions.

MySql uses structured query language (SQL) for communicating with the database. SQL is a very simple and powerful language. It consists of two parts-

To access the Mysql database use queries- Select, Update, Insert, and Delete.

MongoDB uses an unstructured query language.Specify a JSON document with properties for building a query. The queries are executed by availing a rich set of operators.

MySql  has many use caes. Any application that wants multi-row transactions would be highly suitable for a relational database. For Example- Accounting System.

MySql avails a privilege-based security model. It authenticates and facilitates a user with certain privileges on a specific database. The only thing that MySql fails to explain is why a particular user is denied a specific access. On the transport layer of the database, it leveraged encrypted connections between the server and clients using SSL.

MongoDB has a role-based access control using a flexible set of privileges. The encryption process in this database is possible with the help of SSL (Security Socket Layer) and TLS (Transport Layer Security). It ensures the accessibility and readability only by the intended client. The security features of MongoDB includes- auditing, authentication, and authorization. 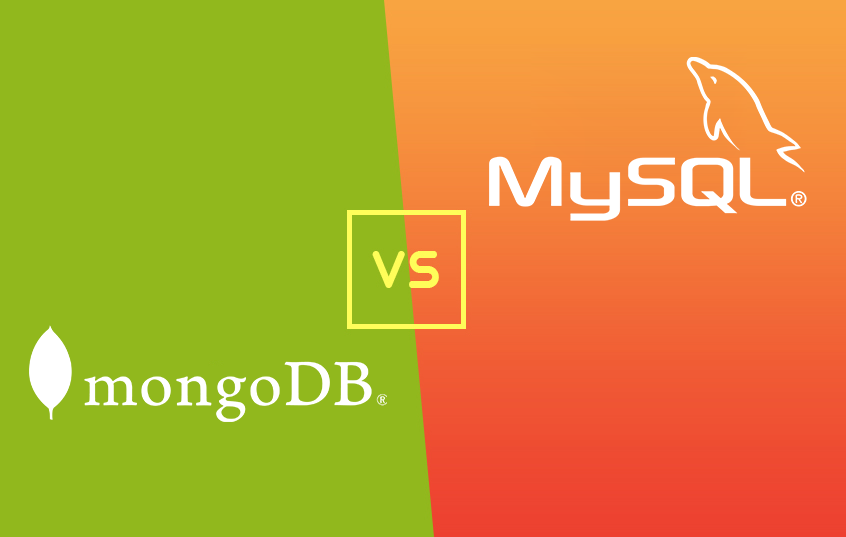 When to use MongoDB?

When to use MySQL?

When these are your requirements, then MySql should be your choice-

Which one is better- MongoDB or MySQL?

For answering this question, you have to take the objective of your project and various other things into consideration. Both MongoDB and MySql have their strengths and weaknesses. If you need to have multi-row transactions or require to support a legacy application, then MySql  would be the right choice for your organization. But if you need a flexible and schema free solution then MongoDB is for you. MySql involves proper data indexing which solves the issues with performance and ensures interactions. On the other hand, MongoDB doesn’t use join commands for connecting data and thus improves performance in this context.

When the data is complex and not structured, then opt for MongoDB as it won’t require you to define schemes. When there is a large volume of data, then also MongoDB does a good job.

In a nutshell, both databases serve different niches. Take the final decision only after getting checkboxes marked.

Matellio helps businesses with relevant projects using its 20 plus years experience in the field of software engineering. Whatever may be query, feel free to contact www.matellio.com. Our experts would love to help. Happy Exploring!