After the first appearance in 2003, Single Page Applications(SPA) have changed a lot and has got an immense growth over time. SPAs are not only limited to the websites, rather proves a healthy idea for commercial applications. Every technology comes along with its own pros and cons. Same is the case with the SPAs which is considered good for the application that does not require to be highly revered by search engines and need not pay attention to crawlers whereas the SPAs like angular websites are very hard practically for search engine optimization. Here is a quick introduction to the SPA, which will guide you to make a definite choice between SPA or non-SPA. 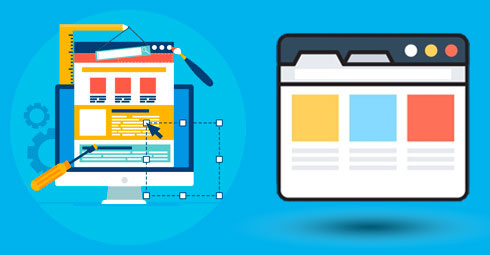 What is Single Page Application

In simple terms, the SPAs are the application that is made over the single page and uses the dynamic rewriting process for rendering the content to the users. These web pages are different from loading the pre-rendered content and removes the overload of rendering the HTML pages to the client. This is how it works:

SPAs not only lures due to the simple fluid navigation but also brings a number of benefits, which are as following:

SPAs are not suitable for every single project and also has its limitation as follows:

Sometimes the SPA takes a lot of time in loading the bundle of CSS and Javascript which delays the first loading of the page. Sometimes the delay is too much which pushes users to leave the app. For solving this upto an extent, either bring a lighter version for the slow connection or encourage users for not reloading the page.

The traditional HTML pages are good for the SEO whereas the SPA becomes hard to be crawled by the users because the indexing robots do not know how to deal with the javascript. The solution is to code the robot specific HTML page which again can lead to the maintenance issues.

3- Statistics are not Supported

Again a hard task for marketers, the SPA does not support statistics. The reason is that the tools are made to read the impression over the completed page load. The app refreshes the content and reloads partially on the basis of user’s action with no transaction of HTML. This way tools can’t read the HTML reloaded content and marketers have to devise a new option for monitoring tool by keeping the server in the loop.

The bad SPAs comes out problematic in navigation. Here the user thinks that he is on the new page whereas the URL bar shows the same URL. As the user tries to move to the previous page, either nothing happens or he is redirected to the previously surfed website which results in the loss of information to the SPA page when returning again. Although a good developer knows to avoid the glitch and works out over the pseudo-history management. The beforeunload javascript event also used to warn the user for risk of data loss to users.

The use of traditional method or SPA strictly depends upon the user’s needs. The criticism level of SPA is based upon the preference of the developer and complexity of the project. Almost maximum cons of SPAs are associated with the marketing whereas, for the application demanding partial loading and fluid navigation, it comes out best. Look at the use case and choose the best as per the long term goals.