At this year’s WWDC, Apple rolled out a series of new hardware and software wonders and gave us all a glimpse of everything that it has been working on recently. And while we had seen most of them coming, Apple still managed to woo us with some unexpected reveals. From iOS13 to MacOS Catalina and the latest Mac Pro desktop, the event was full of surprises and while some of them were welcomed by the critics with a healthy amount of enthusiasm, some of them didn’t sit very well with the fans. Still, regardless of what your personal opinions might be about this year’s keynote, you have to admit that Tim Cook and his band of geniuses have got us all talking. But if you are out of the loop and didn’t get to watch the event or couldn’t see it all the way through (and we don’t blame you for that, it was two hours and seventeen minutes long!)then here’s a brief summary of the event and everything crucial Apple revealed this year.

So let’s get on with it then! 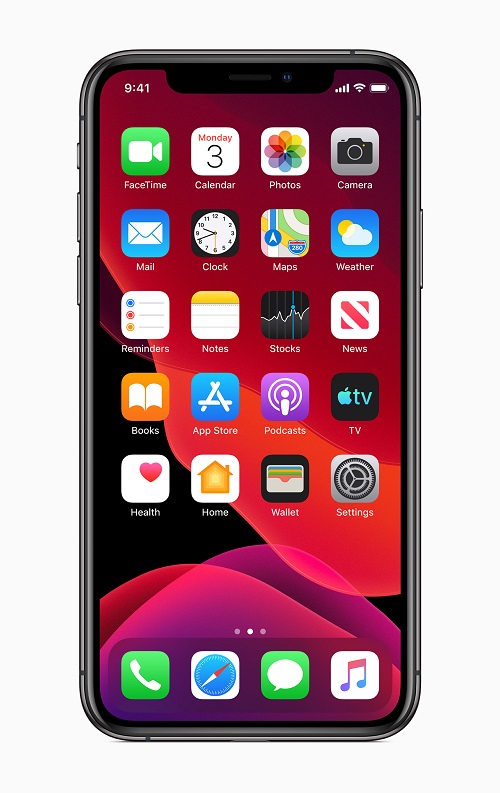 Out of all the things Apple unveiled this year, perhaps nothing managed to gather up the kind of reaction a small UI tweak did- Apple’s much-awaited Dark Mode. In fact, it was so in demand that you could actually hear people squealing with glee when it was finally announced. Fans of the brand have been clamoring for the Dark Mode for years and Apple has finally decided to give it to them. It doesn’t really bring much to the table, utility wise. But it looks cool though. Apart from that, a lot of apps got updates as well.

The Photos app will now be sorted into days, months, and years, making browsing through your pictures a little less tedious. iOS13 will also have swipeable texting and suggested contacts features in Messages. This suggested list will spring up every time you will try to share something and will be created on the basis of the people you chat with most frequently.

Memojis got a little more personalized; now you will be able to add more accessories, looks, makeup styles, etc to them. Maps app got a huge update as well. It is now more detailed and has a shortcut right on the launch page which will take you to the list of your favorite spots. Tapping on a list item will lead you to a 360-degree street view of the spot. It will also allow you to share your estimated time of arrival with your friends.

iOS13 pumped new life into Reminders as well. It has a fresh new coat of paint, it is centralized and has a lot of new features like smart lists, smart parsing, adding attachments to any reminder, etc. as well, all of which puts it miles ahead of Google’s reminder system.

The beta version of iOS13 for developers is already out and the public will be able to get their hands on it in July. The finished version will be rolled out this fall. 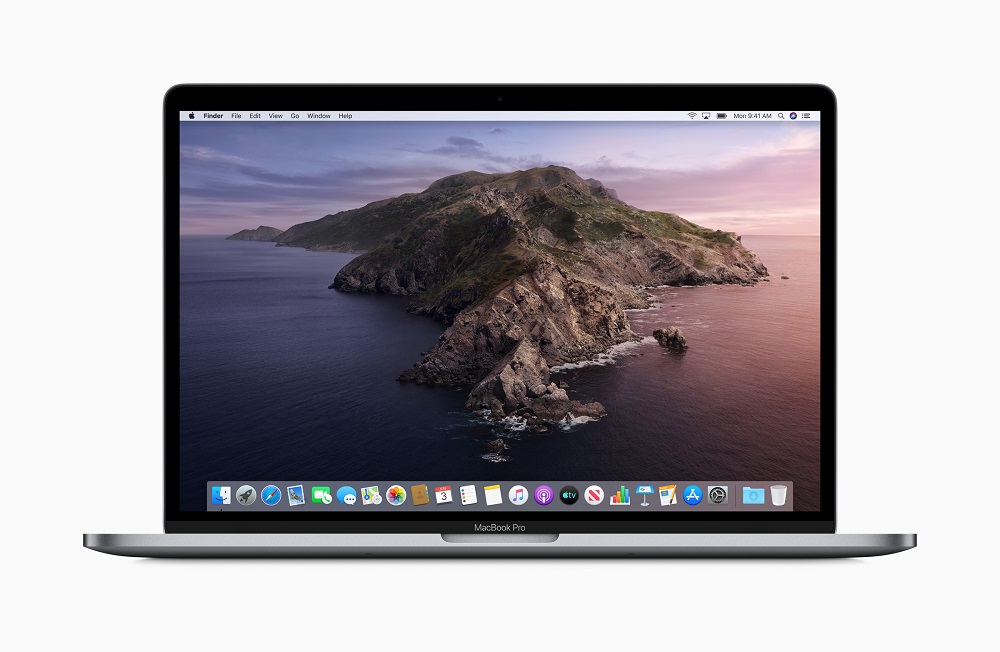 Apple also uncloaked its latest MacOS iteration and called it Catalina. This new version improves on the previous MacOS substantially and takes some bold steps. The boldest of them is, obviously, pulling the plug on iTunes. Yes, it’s gone. With Catalina, Apple decided to break the app into three separate portions- TV, Music, and Podcast. Now as the names of the separations suggest themselves, TV part of the app will allow users to browse through their favorite and recommended list, find new interests and so and so forth. The Music app will operate on the same principle as well. However, it is the podcast part of the app which is really intriguing. A user will be able to search for a podcast episode based on the content.

Apart from that, Catalina also has a new feature called Sidecar. What it does is that it lets you use your iPad as a second screen for your Mac device. You can hook both devices up with wired and wireless connections. Apple also showed plans to take its voice command control setup to the next level. They plan on making every aspect of their iOS and Mac devices controllable by voice commands, from setting the volume to opening apps. And Apple ensured everyone that the voice commands will be dealt with locally by the device and no data will be exchanged between it and the cloud.

And finally, there is a major tweak in the Find My app. With the help of a Bluetooth beacon, a user will be able to look for his device even when it is not connected to the internet. Apple also opened curtains on Project Catalyst, which up until now was codenamed- Project Marzipan. Project Catalyst will allow developers to port iPad apps to the Mac. It is available for iOS developers now.

Apple finally recognized the iPad as a separate platform and released its very own OS by spinning off iOS. The iPadOS makes app switching and splitting screen a lot easier than before. There are new text editing gestures in there and also, now iPads will support USB thumb drives and cabled camera imports directly between two devices. This can be a step in the right direction. Having a dedicated OS opens up a lot of possibilities for iPads and we can expect some great new features in the future. 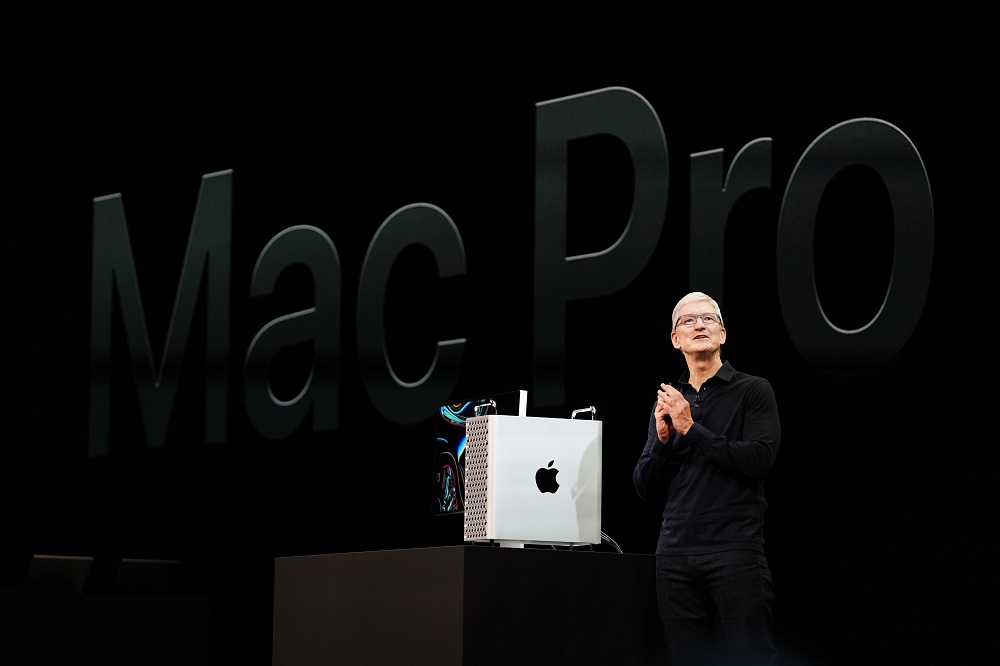 Nothing at the event was able to split the audience opinion as the new Mac Pro did. It astounded and confused them at the same time. Its specs are impressive; with Intel Xeon processor with up to 28 cores and 1.5TB memory, it is by far the most powerful entry in the Mac Pro series. The system is loaded with six memory slots, two USB-C and two USB-A ports, six PCI slots, three Thunderbolt ports. Mac Pro also supports AMD Radeon Pro 580X  or the Radeon Pro Vega II graphic cards, and thanks to a new processing card, it can support up to three streams of 8K and twelve streams of 4K.

The monitor for Mac Pro is a 32-inch LCD screen which Apple is calling Extreme Dynamic Range or XDR. It comes with a Retina 6K display and 1,000,000:1 contrast ratio.

Now, while Mac Pro impresses in the power department, it pretty much lets down in all the other. The first one is, yes you guessed it, the price. The new Mac Pro will start at $5,999 and the Pro XDR display will cost you $4,999. Even its stand is worth $999. So needless to say, even though it is a powerhouse of features, the new Mac Pro isn’t for everybody.

Apart from the price, the whole internet is going crazy about how the cabinet actually looks. It is edgier and angular than the previous installments, promotes more air flow and can even be moved around (you can even attach wheels at the bottom to enhance the mobility)easily. But while all of this sounds very reasonable, people in the meme-verse are comparing the new Mac Pro to laundry baskets and a cheese grater (and to be honest, they’re not entirely off-base here, are they?)

The latest addition in the new WatchOS6 will be a separate app store. A lot of new apps are coming out with this OS as well. For health conscious people, some new features such as long-term activity trends will be available that will help them in scrutinizing every aspect of their fitness regimen. Apple will also bring out a new Menstrual cycle tracker for the Apple Watch. It will update women on their upcoming periods and notify them about their fertile windows. A new feature which will sense the noise levels in your surroundings, measured in decibels, and let you know that you are spending too much time in heavy noise pollution will also be available on Watch OS6 and also on iOS apps as well.

6. Siri gets a new voice

Apple has really beefed up Siri this time with a slew of new updates. Firstly, Siri has a new voice. Instead of having pre-recorded human messages, Apple is betting on sophisticated text-to-speech technology this time around. The results are promising, Siri now sounds a lot less mechanical and a lot more natural. Siri can now also read to you your incoming messages on your earbuds and lets you reply instantly. You will now also be able to split your AirPods with a buddy while streaming something. HomePod will now be able to recognize the difference between voices and give more personalized responses, too.

On top of everything that we have reported above, Apple also unveiled its plans of making their platforms more secure from third party offenders. Apple also told us that it is working on its very own single sign-on feature that makes use of a device’s Face ID authentication to log into different services and apps. Apple also juiced up the security for HomeKit. A new Safe Video mode has been introduced that will encrypt video data locally before uploading it to the cloud. And finally, Apple had something more for iOS developers, too. SwiftUI is a new framework that makes coding in Swift a lot faster with the help of drag-and-drop feature and speed up the iOS application development a lot faster than before.