7 Challenges During Wearable App Development: How to Overcome Them?

With the passage of time, everything has changed, Technology has seeped into our lives, like it has always been here, from the invention of wheels, to the introduction of robots; man has seen it all. From posting letters to sending messages over Whatsapp, technology has just gotten better. Chatting application, speaking machines, sensing devices, and whatnot?

Today in this article we are going to discuss one more breathtaking concept named “wearable apps” that our technology has gifted.

Wearable apps were wholly non-existent before. This technology has opened many doors of opportunities in the IT world. Powered by an amazing sensory and scanning feature kit, the wearables have just started booming. Education, Fitness, Fashion, Music, Gaming, Tourism, Transportation, Finance- everywhere the application has left its mark.

As per Statista, the segment of  Wearables amounts to  US$15,376m in 2020. Currently there are 356.8m wearable users are there, all round the globe. This groundbreaking technology has inspired numerous industries to explore their relevance and potential. A huge number of companies who have yet not invested in this, have started doing so for building innovative,

user-friendly applications. The growth doesn’t stop here, the future has much more to present.

But as they say, nothing of relevance comes easy. The engineering of wearable applications is not so simple, there are numerous obstacles in the pathway.

From security concerns to varying user interfaces; there is much more to overcome.

Hence today, we are going to list the challenges developers face during the wearable app development process and their possible solutions.

Wearable technology is a category of technology devices utilized as an accessory. These devices connect to the web or smartphone for sharing data between your device and network for performing numerous functions.

Wearable apps provide access to hardware devices such as speakers, sensors, etc. The data is collected from the hardware and used to provide the desired performance via the network (with which the device is connected). Then the output is displayed on the screen.

Challenge 1: Building the Use Case 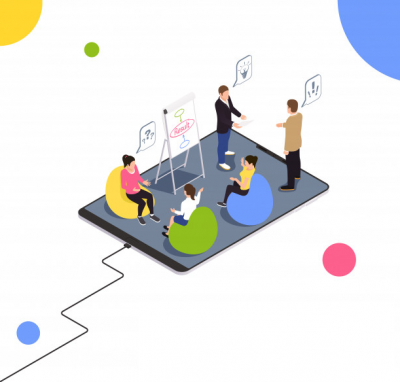 The biggest challenge that every programmer faces while designing any application of the world is 3Ws that is- what, when and why. Developers need to have a clear objective in their mind before stepping ahead. They can’t succeed in this industry before chalking out their goals.

Address the three W’s first, as after that it would be easy to begin with conceptualization and designing. Though it looks a bit tricky, but it acts as a very important step in the process. Also, the app should be powered by some great features and not just a simple replica of any other iOS or Android app.

UX designing for a wearable application is quite a challenging job. Several factors need to be considered during the process, such as-

The first and foremost thing to do is to stay away from fragmentation. Don’t go for a native platform, as they confine your reach. Make your app available on different platforms, as this way you can reach out to more customers. Cross platform compatibility not only eliminates fragmentation but even raises the revenue numbers.

With limited functionality and smaller screens, most of the wearables are tethered devices, and not standalone devices. They rely on other larger devices for accessing all the features of an application. Then, they go pretty useless if the tablets or smartphones they are connected with, have a low battery or simply stop working.

Also, the wearable which is connected to the smartphone or Tablet has to be in range of Bluetooth for smooth operations.

Until there is some advancement in technology which enables wearables to function on their own; developers have to consider this situation. Also they should be taking into account the effects of drained smartphone’s battery when a wearable leaves the range of Bluetooth. 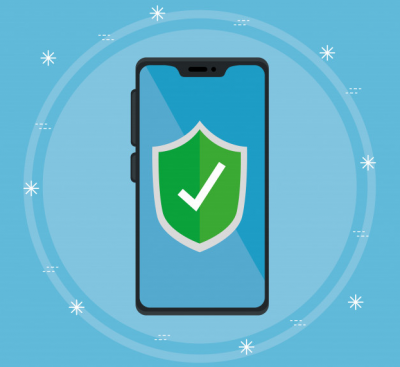 Data  Security is a major concern in today’s scenario. A study by Rackspace claimed that 51 % of the technology user’s are hesitant in using wearable applications because of security breaches. Every day, many wearable apps fall into the trap of data privacy attacks. Therefore, wearable app development companies have to pay extra attention to the privacy concern of the entire process.

A secured wearable device retains customers, boosts communication, and ensures long-term dealings. Effective security measures must be taken into consideration by wearable app developers for increasing users’ confidence. The apps should be equipped with advanced security protocols which protect sensitive information. They should opt for refined privacy settings and clear communication to improve the overall experience.

Wearable app development services are quite new in the IT world. As a result, developers have to combat some challenges during the process. One of the major obstacles that may arise in their pathway is that the app doesn’t run on certain devices. Whenever a new device is designed, the coding process for the same is carried out separately. So the apps would not operate on a specific device.

Many IT companies are currently dealing with specialized SDKs (software development kits) to enhance performance and app synchronization. Choose the best development environment and SDK for the start. As the API method is specified,consider features and functionalities of the application.

The applications go futile on operations due to lack of API standards and protocols. The developers can solve this compatibility issue by keeping themselves updated with the latest APIs.

Wearable devices pose battery issues, especially the one with small sizes as they have small batteries. It is important for the developers to optimize the solutions for less consumption of energy. But the task is not so easy. Creating an app with minimal consumption demands a lot of efforts. Also, if your app has not crossed this obstacle, then there are high chances of getting it rejected from major app stores for their battery overconsumption.

So the solution is to provide an app which has balanced energy consumption. Create a wearable app that is simple, which implies not adding unnecessary elements. Design an app without feeding too much; more the number of features, more your battery life would be affected.

Wearable application development is demanding, transitive but quite rewarding. The technology has a lot of potential in serving different business verticals like gaming, healthcare, finance, and others.
Versatility is the key. As platforms and devices evolve, developers need to be prepared. The growth of the project can be imagined with the adaptability of the developer. Success of the business relies upon the measures taken for overcoming the roadblocks during the wearable app development process.