Mobile apps are everywhere in our lives. The impact is so profound that it stands as the most engaging way for businesses to reach their target market. But mobile app development is not an easy road. Not only do you need to develop the mobile app, but also make sure that you satisfy the customers. Who would love the loss, anyway?

What is Cross-platform App Development?

Cross-platform app development caters to the development of mobile apps that are compatible with multiple platforms. The best part is all this wrapped in a single codebase. Thus, it enables one to address various markets and target audience regardless of the platforms they prefer.

What are the Benefits of Cross-Platform App Development?

Cross-platform app development has a plethora of benefits to offer to enterprises. Here are the highlighted ones:

Code reusability is the most striking benefit of cross-platform app development. You can doe once and deploy it over multiple platforms. This not only reduces the coding efforts but also decreases the cost of developing a mobile app.

The cross-platform app development framework leverages unified codebase that accelerates the development process. This, in turn, helps the enterprises to release the applications in lesser time.

Leveraging single codebase for multiple platforms, this reduces the overall cost of development while making the process much cost-effective. Enterprises can get an app developed without huge investments on tools, resources, and technologies for each system/ platform. Besides, you do not need to hire a dedicated team for developing the mobile app for each platform.

Most of the cross-platform app development frameworks offer the developers with tailor-made modules and extensions that they can integrate with other tools. This helps them to enhance the functionality and UI/ UX of the application. Also, frameworks make it easier for pushing the app updates across the devices and platforms as well as make the code easier to maintain and deploy.

User experience is one of the essential aspects that determines the popularity of a software or an application. With cross-platform app development, you can use a single codebase for multiple platforms and thus ensure that the applications offer consistency and uniformity across them.

Cross-platform apps enable you to cover a broader spectrum of available platforms and devices. This increases your ability to address greater market potential and address the audience regardless of the device they are using.

Here is what sets Flutter apart from other cross-platform development frameworks:

You can either use innate UI elements or create a design on your own.

What are the Benefits of Using Flutter for Mobile App Development?

Flutter has a to offer not only to the mobile app developers but to the app owners as well. One of the most significant benefits is its ability to enable cost-effective mobile app development and reduce time to market. Thanks to the in-built UI elements, it helps you deliver a flawless app interface with smooth animations. But that’s not just it. Let’s explore some other benefits of developing mobile apps with Flutter.

The very feature of Flutter also helps the developer-designer duo to try new things with UI elements and have them reflected immediately. Thus, you can check the effects on the spot. With this, you can also ensure faster and more efficient testing process wherein you can suggest fixes and check them in real-time.

With native app development, you need to write separate code for the respective platforms. Thus, in case you have to develop an app for iOS and Android, you will have to work independently with experts of the field. This approach heavily requires increased efforts and thus, considerable investments in terms of time and money.

However, this is not the case with apps developed in Flutter. Covering iOS and Android, Flutter allows you to develop apps for both without having to write a separate code. Thus, one single codebase defines the mobile app development for iOS as well as the Android.

Instead of having a dedicated app for each platform, you now have a common app for all of them. Thus, now the testing teams do not have to test for each platform independently. They can run the tests once and automate the test cases for others. That said, in case there are certain features implemented for a specific platform, they need to be tested accordingly.

Flutter app development leads to high-performing apps that run flawlessly without hanging. Additionally, the apps do not undergo cuts while scrolling.

It is typically due to Dart programming. Instead of running methodology, Dart is complied Ahead of time (AOT) into native code for respective platforms. Thus, Flutter gets time to communicate with the platforms without going through the JavaScript bridge responsible for context switching.

Flutter offers a wide array of widgets that help you enhance the visual aspects of the mobile application. You can either make the best of these available widgets or customize them as per the requirements.

Flutter apps are capable of rendering the same look and feel not only on the latest devices but also on the older ones. The support to older devices comes absolutely free of cost. Thus, while developing the apps, you do not have to worry about the app’s performance on older devices.

MVP or lean product development is one of the most favored choices nowadays. This is basically due to its ability to help you test your idea in hot waters and implement changes as you go. Thanks to the benefits offered by Flutter, it is considered best for the MVP development.

What are the Cons of Using Flutter for Mobile App Development?

No doubt that Flutter has a lot of benefits. That said, just like any other technology, it does not scale high on specific parameters of mobile app development. Let’s explore some of them here:

Google support for Flutter, undoubtedly offers an expansive set of libraries with functionalities ready to be implemented. However, not every feature is available as a library. And thus, developers need to build them for implementation when the need be.

#2. Flutter does Not Offer a Good Framework for following Mobile Applications

Flutter is great. But, it is not suitable for specific applications. These include:

Flutter apps are bigger in size, even in the most optimized form. The overhead ranges from few megabytes to 20MBs, depending if it is a release or development build. Thus, the reason that it is not best suited for the applications that need to be smaller in size. This includes progressive web apps and instant apps.

#2. Apps that Need to Interact with Hardware Frequently via Bluetooth

Similar features like BLE connections need to be implemented independently for the respective platforms. In case you still want to achieve the same, you will have to build them separately and integrate with the Flutter app.

The rare and less popular native libraries are missing from the Flutter repository. Thus, if you need them during mobile app development, you can indeed make use of them.

Which are the Popular App Made in Flutter?

Google Ads is an exemplary mobile application that helps you stay connected with the ad campaigns using your smartphone. The app enables keep you updated on the ads’ performance on the go. Some of the features of Google Ads include: 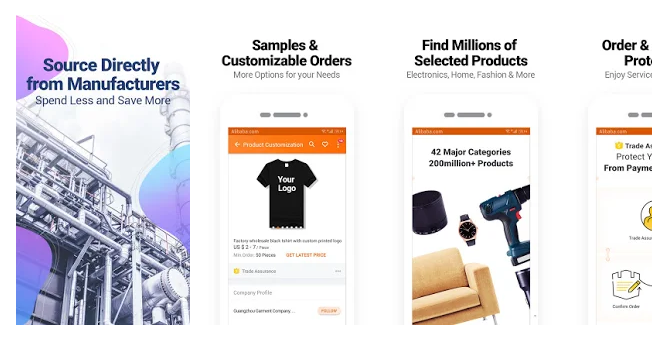 Alibaba is an eCommerce marketplace dedicated to the wholesalers. It acts as a point of contact between global traders. Users can use the app to buy products from worldwide suppliers.

Reflectly is an AI-based journal and mindfulness mobile app. This app developed using Flutter allows users to create stories in personal journals. App also serves them as an interface that displays a new set of question every day for the users to reflect on. With the app, registered users can keep track of their well-being with advanced in-app statistics and personal, actionable insights. 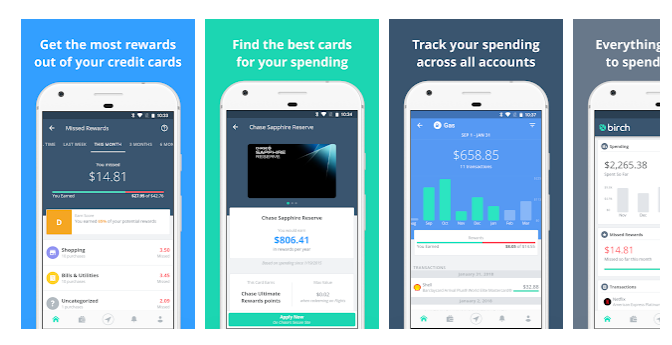 Birch Finance is a credit card rewards app that lets users manage and optimize cards. The app analyses the user’s spending pattern to suggest the best card. It is also capable of tracking the expenses while offering a great new way to earn and redeem the reward points. 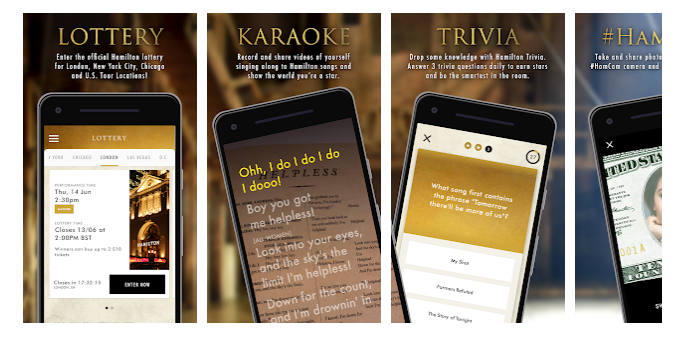 A feather in the cap of Flutter, Hamilton Musical is the official app of the hit Broadway musical, Hamilton. The app features an intuitive interface that allows users to browse through daily news and videos, daily lotteries for New York, Chicago, London, etc. It also brings functionalities like regular trivia games, merchandise store and a lot more a tip of fingers.

Google Flutter is a great gift of technology to every startup/ enterprise that relies heavily on the user-friendly and effective software development kits. With impressive offerings in terms of visually appealing interface, faster development time, flexible APIs, and a lot more, this cross-platform app development framework is indeed an enterprise-friendly tool. If you are looking for a perfect partner to digitalize your business, request a quote with us today.

Leverage the benefits of Matellio’s advanced multi-platform app development services to give your business a competitive edge. With over two decades of experience, we have established our brilliance in delivering competent cross-platform solutions that operate seamlessly across every device regardless of the screen size and platform.

Our time-tested quality-centric approach caters to the entire app building lifecycle encompassing development, integration, security, and testing, to deliver compelling cross-platform mobile apps that are faster and smarter. We, at Matellio, are dedicated to working with the clients throughout their digital journey and enable them to maximize the potential of mobile app development.