How Can Enterprises Enhance Software Development by Test Automation Services?

Software testing, often known as quality assurance, is critical in all types of enterprises. Mistakes can be highly costly to correct and result in a significant loss. As a result, effective testing is required to ensure product quality before delivery or marketing. Having said that, choosing a suitable and adequate testing method is also critical.

Today, companies and businesses are finding it difficult to maintain the quality of their online and mobile applications due to the rapid speed of technological advancement. Testing frequently receives less attention than it deserves as a result of the limited time frame in rapid development and economic considerations. Lack of automated testing leads to worse end-product quality, longer delivery times, and higher development costs. An unexpected test management method, delayed development, and an underestimated effort of building a test case could be the cause of such flaws.

But, thanks to QA automation testing services, it’s easy!

Test automation was the most popular software testing trend in 2021, and it will remain so in 2022. It’s become a major enabler for various advanced development and installation techniques.

Well, that’s what we’re going to cover today in this blog.

What are Test Automation Services? 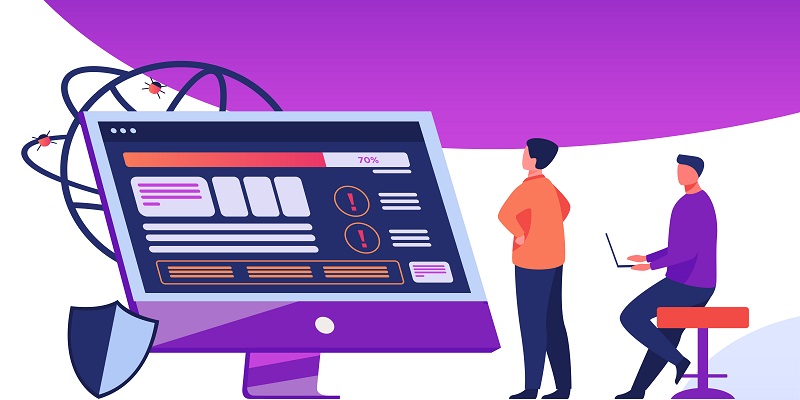 Test Automation is now widely regarded as the most efficient and effective method for increasing the coverage, efficiency, and profitability of any software product. It’s changing the way professionals do testing operations. Test automation improves overall software productivity while also ensuring a high level of software quality. There are certain technologies that can perform automated test cases successfully and aid in the comparison of real and predicted results. In this way, automated software testing services may ensure software proficiency without requiring user involvement on a regular basis.

Why Test Automation is So Important?

Enterprise software is vital to running a profitable business in today’s digital market. Therefore, the software must be thoroughly tested before being released for public use. Large-scale manual testing is not practicable due to the complexity of this software and the cross-platform and cross-device interoperability that is demanded of them.

To create a good product, software testing is a continual process of validation and verification. Each phase of testing assesses the software’s quality and reliability. As a result, it aids in determining whether the software meets all technical and business requirements.

The final products may outperform expectations if they successfully pass through the various phases of QA automation testing services. At each step, the testers can not only identify the faults but also prevent them from occurring again. Furthermore, investigating each error leads to the creation of an evolved version of the software.

Moving on, let’s talk about,

Below, you will find many forms of automation testing. So, take a look!

Unit tests are a type of low-level test that is used to test the smallest piece or function (also known as a unit) of software. This type of test is independent of any database, file storage, or other dependencies; it simply looks for codes as isolated parts rather than as part of a larger process. On a continuous integration server, unit tests are inexpensive to automate and run quickly. It is one of the simplest tests to develop, and it boosts code trust; thus, if a unit test fails, it indicates that the test code contains a flaw.

A smoke test ensures a product’s or service’s core behavior, verifying that all software services and connections are working properly. It verifies the application’s basic functionality and ensures that the software’s primary features are functioning properly. It can sometimes be useful to determine not just whether more tests can be run or if the software is functioning effectively in its new environment after an update to the systems, sometimes after a deployment.

Regression testing is used to ensure that the produced and tested software continues to function correctly after modifications have been made. Bug patches, configuration tweaks, and program enhancements are all possibilities. This is accomplished by re-running the application’s functional and non-functional tests.

I&T testing, string testing, and thread testing are all terms used to describe integration testing. Its purpose is to ensure that all of the application’s components are communicating properly. In other terms, because software is made up of many smaller modules, testers arrange them logically and evaluate them as just a group in the testing phase to identify weaknesses while maintaining the connection between these software components.

What are the various Advantages of Automated Software Testing Services?

This question is so crucial to answer. So, let’s look at the major advantages of QA automated testing and why it’s important to leverage QA automation testing services!

In manual testing, a tester has to be physically present, running the test cases repeatedly for the same release. You can’t do repetitive tests with manual testing. Also, the cost of manually testing your software increases over time. Automated testing, on other side, is less expensive in the long run since once you’ve built your test scripts, you can reapply them at any time without incurring additional costs. Undoubtedly, automation adoption is initially costly, but it will quickly pay for itself.

It’s so important to remember that the amount of the automated testing ROI is determined by the extent of automation adoption. The bigger the return on investment, the more automation testing cases you create and use.

When undertaking continuous and rigorous manual testing, even the most brilliant testers are bound to make mistakes. Automated testing, on the other hand, always produces reliable results and generates a report for each conclusion. In the event of automation testing, however, the engineers wouldn’t have had to spend time individually testing the codes. They’ll have more time to focus on their software development tasks until a test fails. This has the potential to greatly boost a software’s productivity.

You could indeed save a lot of time and resources by automating your tests. Automated testing is quick to complete and can indeed be reused. You won’t have to wait weeks to run the tests again. Automated testing boosts development by taking advantage of quick test execution and the repeatability of tests.

When your software is on the marketplace, feedback is very useful. Manual testing can simply delay the process if you need to address some errors immediately. Test automation, on either side, will allow you to make quick changes to your application. Consequently, automated testing leads to increased team responsiveness, improved user experience, and increased customer satisfaction.

Comprehensive test reporting is a vital part of a test automation framework since it gives you rich, actionable information into the status of your product and testing activities. These detailed report logs include real-time data on passed/failed tests, test coverage, detected defects and severity levels, and more. With this level of visibility, it’s much easier to spot areas that need extra care in order to maintain your software’s overall performance.

Faster testing cycles and greater test coverage enable QA engineers and developers to identify and repair problems and flaws before they negatively impact the end-user experience.

Furthermore, including test automation into your QA and software testing strategy eliminates repetitive jobs from your team’s daily activities. Engineers can focus on new features instead of correcting defects that have seeped into production, and QA engineers could use this time to undertake more innovative and value-added work like testing processes.

Automated software testing can assist enhance software quality by increasing the depth and scope of tests. Unattended testing can indeed be used to execute lengthy tests that are generally avoided throughout manual testing. They could be installed on several computers with various settings. To evaluate if the product is operating as predicted, automated software testing can peek inside the software and inspect memory contents, datasets, file contents, and embedded states. During each test run, test automation may quickly execute hundreds of distinct complicated test cases, delivering coverage that is impossible to do with manual testing.

Many businesses are investing in QA automation testing services today in order to reduce time to market and improve quality. QA automation provides a plethora of assistance to help businesses stay ahead of the competition, including shorter release cycles, broader test coverage, early defect discovery, and timely reporting.

How to Develop Multi-Store Inventory Management Software for a Retail Chain?

How can IoT Help You Enhance Your Field Service Management?

How to Build Smart Building Management Software for Your Office?