Sports unite nations and Cricket is one of the popular game which is considered more than a religion in some countries. From school-going child to an old man, everyone is caught with the fever of cricket in the nations where it is being played. When the multinational tournament takes place, the passion for the sport goes beyond the control. The passion for the sport remains so high in days of the match, that it no longer stays just a sport. It becomes so easy to catch the environment during IPL, teams tours, World cups trophies, etc. The sports betting apps like Dream11 enables you to experience the real game with its important features. 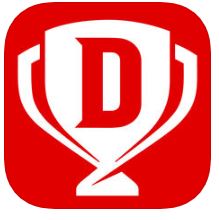 Dream11 is a rapidly growing app for fantasy cricket app segment with more than 20 million supporters. The user can bet over fantasy league through iOS/Android and website. Cricket is a multi-billion industry alongside the largest followed game. With the regular promotion of “khelo Dimag Se” by Mahendra Singh Dhoni, the famous cricket star, the game increases the charm among users.

It is a well-known sport in India for its glamorous existence with media, corporate, technology. Apart from this, you cannot deny the presence of betting trends, although it is illegal in India. In the present scenario the scope, popularity, technological innovations have extended it to different countries across the globe and created billions of loyal fan base. The fan base for cricket in India fueled up the investors to invest in apps like dream 11 to enrich them with better user experience. That has come with a digital revolution in fantasy sports app industry and promotion of the rising fantasy cricket app development.

The seed of an idea of Dream 11 was bowed by Harsh Jain, a huge fan of cricket. He launched it so aggressively through online media channels in IPL season 2018 where the promotion was done by star cricket of indian team Mahendra Singh Dhoni” Mahi”. It made the fans so crazy about real-time involvement through a mobile window. The app got success in a very short period of time but also found some competitors like Myteam11, Cricbattle, Play up, etc. If one wants to invest in fantasy cricket app development, then he should stay known of the cost, features, revenue model and business workflow of the app.

The idea is great from a business perspective. According to the business model, as it is adopted nowadays, it would have a wide scope of revenue generation through advertisement, entry fee and brand partnership.

Wipe out the dust for an app like Dream11 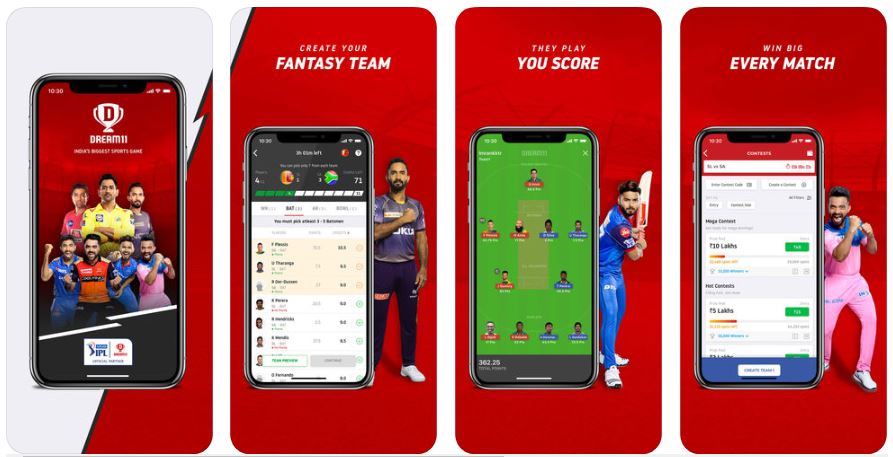 Let’s start with an important question, why India became the seriously growing market for the fantasy app like Dream11. Dream 11 contributed with the huge figure of 1.8 crores registered users and 900 percent growth in fantasy sports betting industry. The most valuable fact of being a legal platform makes it a great contributor to the trend of online fantasy gaming. In 2018, the statistics showed 8-9 million fantasy cricket app users were engaged with the app during the live IPL matches. IPL 2018 also came up with their own fantasy cricket app development.

You must keep a layout in mind before focusing on fantasy cricket betting app development.

The app should be so interesting as a real-time experience for engagement of users with sports. The users can win money in Dream11 through participating in practice contests, free seasons and contests. Dream11 also includes Football, NBA, and Pro kabbadi that make sports enthusiasts enjoy their fantasy game.

A user panel is a panel which user see while opening an app. It contains the login or registration page, information of running a contest, joined the contest, home screen, payment area, start contest page and dashboard. Settings are also given with little choice variation.

Home screen: The users find the home screen after login. They can filter their search by interested sport, match, match lifting, name of tournament and timings of the match. After selecting their choice, they will be redirected to the desired section.

Join contest/payment: Users can join the contest after paying their respective entry fee. 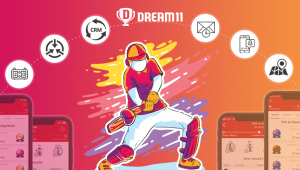 The integration of additional features makes sports apps like Dream11 more engaging and amazing. It cuts down the work with speedy and efficient performance. The customization aimed for the clients makes the cricket betting app more targeted, managed and comfortable for users. Some additional features are as follows:

The app Dream 11 is a platform of fantasy cricket which offers the free or paid contest for the cricket lovers. Cricket is always followed by a million of fans so keeping them interested with the thrill and enthusiasm is not an easy task. On the other hand, sometimes it becomes quite hard to calculate the exact figure of revenue with the complicated app. Among the millions of fantasy cricket teams playing leagues, it is easy to calculate the revenue of the fantasy cricket app by the number of the given contest, number of entries, the amount for every contest. (Every day 20-30 contest and 15-17 high values contest with the winning amount between $75 and $45000 are launched by fantasy sports app developer.) Dream 11 maintains the zeal and spirit of other sports like football and NBA  through customized own team management, contest, etc. The model of fantasy sports app can be implemented to other sports as well with minor changes and relevant game variations.