At times being anonymous is always liberating because it helps you to share issues or problems of your like without being judged. It is always a good feeling to have if you can say the things you want to say without having to worry about the repercussions. Becoming a nameless, faceless person and maintaining your privacy in a chat can be quite a freeing experience. Several anonymous chat apps like Whisper and Secret App provide such an experience.
In this article, we will look into apps like Whisper and why there is a need for apps like that along with the importance of medication tracker app.

What Exactly Is A Whisper and Secret App? 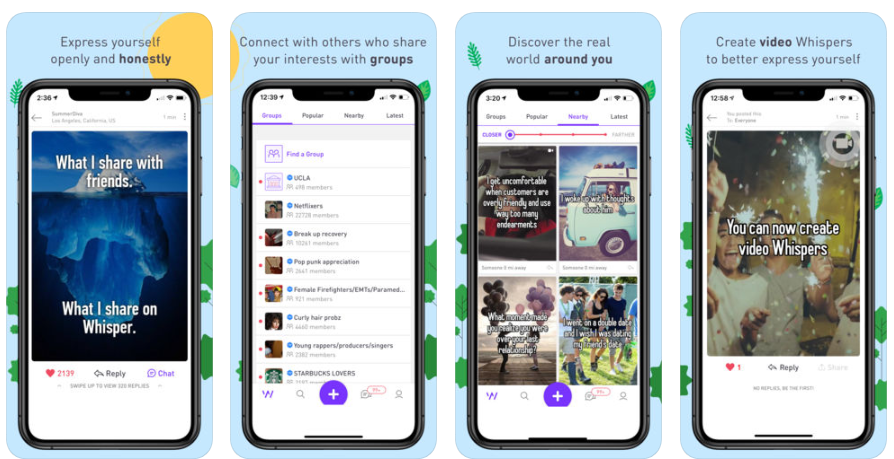 Whisper and Secret are free apps that can be downloaded in both iOS and Android OS and it allows complete anonymity to its users. These social networks let the users send and receive messages anonymously. The uniqueness of Whisper is that the text messages that are sent by the users are superimposed over an image and is displayed as a greeting card to the reader.
With these two anonymous chat apps, the users can express themselves with the other users of the app and connect with other individuals who have a similar thought process. People are also encouraged to explore the unseen world as they can share any thoughts, stories, and feelings with the community without the fear of getting judged.

In the process, the users can form a relationship with the community that can often be a source of important support for an individual.  The best part of Whisper and Secret as an app are the fact that it does not require the user to update photos or email address and the users do not have to identify them. The app users do not have any friends or followers rather they can communicate with other users by responding to the Whispers that the others have Whispered (written).

These apps are quite a hit among the young adults because they are able to share intimate stories or events that make them uncomfortable sharing it with people whom they know for the fear of being judged, bullied or humiliated. Apps like Whisper and Secret forms a buffer from such instances for the users hence making it a safe place to share their stories.

Why There Is A Need To Create Secret or Whisper Like Apps?

A post on Whisper reads ‘When I was little I caught my dad cheating on my mom, I never told anyone because I thought I could convince myself it was just a nightmare I had’. The posts on Whisper and Secret ranges from being, confessional, embarrassing and at times endearing but no one knows who has sent it.
The success of apps like Whisper and Secret is the result of people needing to unburden themselves of incidents or instances that have been bothering them and they cannot share it with the people they know. It has been estimated that Whisper gets 17 billion monthly page views as per March 2017. The app is used across 187 countries.
It has been observed that there has been a significant rise in the demand of creating apps like Whisper and Secret and the reasons being:

2: What is the typical specification for apps like Whisper and Secret?
It is important that confessional anonymous apps give users the ability to post their thoughts anonymously to the user feed that can be viewed by the public. Additionally, the other users of the app should be able to reply to those feeds.

3: Can I make money from such apps as a client?

At Matellio we have the expertise and experience to create an anonymous chat app for you as a client that can make money for you because we will ensure the following with the app:

4: How much will develop the app cost?

Our price is competitive but since we develop the app and provide customized apps there are several factors that influence the pricing, e.g. the platform for which it is being built, customization, features that you want to integrate and so on. Hence we recommend you contact us with your requirement and we will give you the best price.

These are some of the FAQs that can give you an overview of how an anonymous app like Whisper or Secret will work for you as a client. 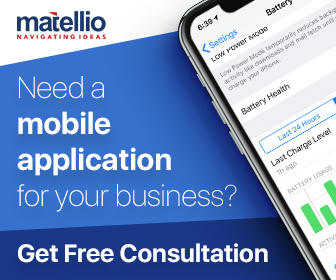 Depending on the kind of app, that you as a client want us to develop for you, be it an app like Whisper or a dating app, we use our certified and experienced team to develop the codes for the apps. These codes will be tested and confirmed. After the app is developed our marketing team at Matellio will research the ways that the apps can be promoted and take the route that will provide the maximum ROI. We at Matellio do not clone apps rather create customized apps with features that would make your app stand out in the crowd. Matellio is a pioneer in developing apps like a whisper. Partnering with us, you can stay completely stress-free from the technical stuff and put focus on the core business task.

How to Develop a Meal Planner App Like Intent?

How Much Does it Cost to Develop a Budgeting App Like Personal Capital?