3D Live wallpapers are among the easiest ways to make a phone screen look livelier and more inviting. Animated and interactive, live wallpapers can give one’s phone a distinct personality, and since it is a device that people spend the most time with, they are quite likely to invest in the same.

Among other apps that offer the flexibility of live wallpaper personalization, Flexi stands at the forefront. Developed by maxelus.net, the app is among the most popular products of the creative agency. Most live wallpaper apps allow users to customize basic features like the speed of animation or swipe effect. However, unlike most other such apps, Flexi offers customizations that can change the entire feel of a smartphone.

This distinguishing feature of the app has resulted in its massive popularity. And today, we’ll learn what we can learn from its unprecedented growth and see how we can make a live wallpaper app ourselves. But before that, let’s learn a little more about-

Flexi: The Live Wallpaper App and Its Salient Features 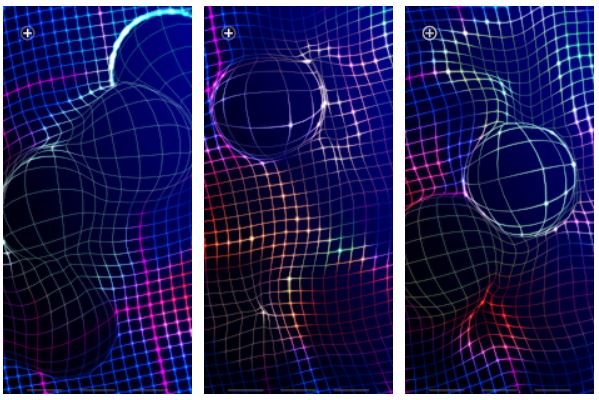 Initially developed for relaxing and stress-busting purposes, the Flexi app offers users a dynamic live wallpaper that moves, bends continually, creating mesmerizing colorful effects. The effect of the wallpaper is quite aqueous, almost billowy. And when a user touches the screen, it creates a globule that the user can play along with. Creating many and then merging those too. As such, the live wallpaper is quite engaging. Here are some of the other features that make the app’s free version stand out from the competition-

More Features with the Pro Version

The app offers three-tier version upgrades. The first upgrade opens additional features with which users can add more customizations to the app. The rest two upgrades are concerned with developer options.

Now, we know what all app has been offering to their users. With this knowledge, we can now begin to develop the live wallpaper app with our own unique custom features.

Developing an app like Flexi is a straightforward process. Like any feature-full wallpaper app, the majority of the process will include developing the features. Here’s a step-by-step guide for the same.

The foremost step you need to take while making a creative app like Flexi is to conduct proper market research. You need to understand really well what your target audience looks like. What are the demographic and behavioral tendencies of the users who would actually look to invest in Live wallpapers? Doing so will help you create a more intuitive interface and later in executing your app marketing strategies as well.

Another thing you need to do while under the research phase is study the model app. You should know what features the Flexi app is offering, and the pain points users have while using the app. You can do that for the rest of the major market players, like Pixel 4D, 3D Aquarium, Cartogram, GrubL, etc. To make your app stand out from the rest, it’s important when you’re analyzing these apps, you pay special attention to the user reviews and plan solutions for them through your app.

As mentioned above, when you’re offering a new app to the users, where competition is already making discovery a tricky chance, you need to ensure that your app has all the features that can help it stand out. For starters, you should definitely focus on the features that people have come to expect of live wallpaper apps; features like animation, 3D graphics, and touch effects. Here’s a brief list to get you started-

Since the app is relatively simple in functionalities, it is important to make the interface simple and highly engaging.

After locking down on the features you want your app to support, it’s important to hire a reliable mobile app development team or company, to begin the process at the earliest. For a simple app like you will need a team of-

To make any app development process worth all its time, it’s important that you plan well beforehand. Like said before, to develop a feature-rich app, it’s always suggested to use Agile methodology. This will allow you to create and launch the app without wasting any time. Besides time efficiency, using Agile will also make your app more scalable. Each sprint allows you to make the app more user-friendly by gaining insights from the preceding deployments.

While planning the project, you and your team will decide on the MVP features, its delivery timeline, the tech stack, and the backlogs of the future iterations—all this, when well-planned, can set things in motion and keep them moving with the least friction.

You need to know beforehand all the technologies you’ll use for your app. For a basic cross-platform app that your users can run on their iOS and Android devices, you can use frameworks like Xamarin, React Native, and Ionic. However, since the app will use some of the native device functionalities like gyroscope and accelerometer, it is suggested to invest in native apps instead.

For Android app development, you should choose the official programming language for the platform- Kotlin, and for iOS, you can either go with Objective-C or Swift. Since the app will be functioning offline only, you will not need cloud and data solutions unless you wish to offer additional services. Rather you will need additional graphic libraries like SGL and OpenGL to make your app’s visuals even more inviting.

Other than the development, you will need a tech stack to maintain and test the project. For managing the Agile progression of the app, you can pick tools like Trello or Smartsheet. Similarly, you will need expertise on QA and UI development tools, for which your team can make the best choices depending upon the additional features you would want your app to have.

Since the app improves one phone’s aesthetics, its UI needs to be as impressive. To foolproof way to do this is by following the best practices of the current UX trends. At present, Material design has gained the most momentum among Android devices. Users across the globe like the grid-based card layout of these apps and have become quite accustomed to it. Similarly, Human interface guidelines are the ideal way to go forward when developing the native app for iPhones.

Other than that, make sure that the interface remains intuitive. In any case, the app’s functionalities aren’t that complex, so keeping their use simple is essential. One particular thing you can do for your live wallpaper app is to provide a full-screen display of the wallpaper previews.

An MVP or Minimum Viable Product of an app is its prototype version that can be deployed for users. Developing and launching an MVP has become the norm today. Without it, apps don’t have the chance to survive the tough competition in the market. So many apps fail from delivering their potential ROI just because the entire feature list takes forever to develop. And by the time they are deployed, many of the features would have already become outmoded.

On the contrary, when you deploy the MVP beforehand, you get to market your app before the competition takes over. It also allows you to collect user feedback on the MVP version and make the next major one more to their likings. Some common live wallpaper app features you can add to the MVP are animated graphics, primary customization, and wallpaper previews.

Once your MVP is ready, it’s time for you to launch your app on the respective app marketplaces. For Android, you will need a developer to account on Play Store, which you can get by paying the one-time registration fee. Once registered, you can deploy your app on the store after putting it up for review, which usually doesn’t take longer than a couple of hours.

For App Store, you will have to pay an annual membership fee, which is usually more expensive than the registration fee on Play Store. Ere the review time for the app is also longer and the rules stricter. That being said, it’s no rocket engineering, and with the right team beside you, it will be done in no time.

It is, however, the growth aspect that will need your attention. You need to keep the development process for the next iteration even when you’re trying to release the MVP of your app. Doing so will help you release the next version sooner. Also, make sure you keep your QA team intact for each iteration and not save their tasks for the deployment stage. Doing so will prevent unnecessary delays caused by snowballed bugs.

Offering perfect personalized touch to one’s favorite device makes live wallpaper apps like Flexi a hit among users. And generally, for such an offline app, a small team of reliable and experienced developers is capable of doing wonders. The time required and the entire user experience expectations can be managed with comparative ease if you plan the entire process well in advance and have a great team to execute it. This is why we think Matellio is the perfect partner for you right now.

We at Matellio have created quite a reputation for ourselves. With over decades of experience, during which we have built many highly-rated apps, we are your perfect choice for developing a feature-rich Flexi clone app in the shortest time. Since we also have Agile maestros in our team, we can ensure that from MVP launch to complete scalable app deployment, you get the best out of your investment. But don’t take our word for it. Book a free consultation with our experts and then judge for yourself. You can also contact us today to get a free quote on your app.