Choosing the right database for your application is not an easy task. You have a variety of options in the market. There’s no real formula that you can follow. Still, there are a couple of things you need to keep in mind while choosing the database for your application. And in this post, we will discuss about the two most popular NoSQL databases: Redis( Remote Dictionary server) (in-memory) and MongoDB (Percona memory storage engine). 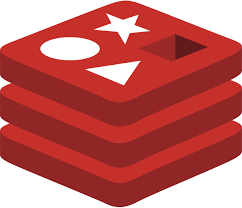 Redis (Remote Dictionary Server) is an open-source Database with a Key-Value storage engine. It is a caching and in-memory storage system, which is a way to store specific pieces of data in memory. It stores all sorts of data in a structured frame, from database results to the actual SQL query, to ad hoc pieces. It’s commonly used as a memory caching system and a distributed data shared memory server. Since the data resides mainly in memory, which provides this system with excellent response times in the information retrieval, it is written in ANSI C.

Redis also offers a framework for building an in-memory application that is, at the same time, versatile and scalable.

MongoDB is an exceptional NoSQL Database with open-source cross-platform document-oriented database program. It uses a document-oriented database model that supports various forms of data. It is one of the numerous nonrelational database technologies that arose under the NoSQL banner for big data applications and other processing jobs involving data that doesn’t fit well in a rigid relational model. It is suggestive of the fact that MongoDB databases go beyond the limitations of SQL and traditional relational database management systems (RDBMS) to offer high scalability and high performance.

Comparison on the basis of-

Redis has a cache layer, which gives a better response time. It is preferable in case of multiple loads and performs better with a single core than MongoDB even though Redis is single-threaded. Most of the time, Mongo DB’s memory becomes CPU-bound, which brings down the performance as compared to the cache memory of Redis. But due to cache memory, Redis tends to consume more storage than MongoDB to execute the same set of operations.

Mongodb outshines Redis in terms of scalability. As Redis consumes more RAM due to the cache memory for processing, this limits its scalability, whereas Mongodb requires less storage space. Therefore high scalability is achievable in MangoDB as compared to Redis.

Redis is a key-value store, and it keeps the data in RAM so it can get to it as quickly as possible. Each piece of data (a record) is retrieved based on a single key. The dataset is supposed to stay small enough to fit in RAM. On the other hand, MongoDB is a document store. A document is a mixed record with the elements inside separated using method. Files in MongoDB are written to the disk and are often retrieved from it. Records are indexable, meaning there is more than one way to find the record you are looking for. Redis has an advantage in terms of memory comparison.

Based on flexibility, MongoDB fares better than Redis. Mongo DB uses traditional database paradigms (queries, indexes, tables) and applies them over a flexible document store. Things like index optimization and keys (which will be familiar to existing developers) are easily translated over to MongoDB, making it a favorite for developers looking to take advantage of schema-less databases’ flexibility, but want to continue using existing tools.

Caching is the most widely used performance enhancing concept throughout the field of computing. MongoDB is a database solution while Redis is the combination of advanced data structure and cache memory. It is typical to implement Redis is not efficient in large scale cloud deployments as compared to MongoDB  which is more efficient for implementing large cloud deployment.If your entire dataset fits into a single server then you can go for Redis.

Based on the above key points, you can easily differentiate between both compound-bound databases. MongoDB is more favorable on parameters like Caching, Scaling, and flexibility. On the other hand, Redis has the edge over Speed, Memory, and Performance parameters. Redis & MongoDB are widely used on many platforms worldwide based on the preference of the requirement of the above factors.