Techno-experts are working effortlessly to update the current level of mechanisms employed and technology utilized. Similar to the launch of smartphones and mobile applications in an operational setting, the possibility is high that the world is going to experience more futuristic aspects like hybrid app development.

As per the stats displayed by Statista in January 2018, the mobile population across the world was 3.7 billion unique users. And this calls for an enhanced level of mobile applications.

What is a hybrid application?

A hybrid application is the one which blends the components of web apps as well as native apps. Native apple is built for particular platforms and is downloaded on computing devices like personal computers and laptops whereas web applications are developed for heterogeneous platforms and are available locally but are accessed through the internet with the help of certain browsers also making it one of the best hybrid app development.

The examples of Hybrid applications are as follows:

Ionic Framework is the most trending framework dominating the vicinity of hybrid app development. It makes use of technologies like HTML, JavaScript, and CSS which most of the app architects are well versed with. The iconic hybrid app development framework comprises a robust Command-line interface (CLI) which makes it easy to develop code, analyze, and use the iconic apps across all platforms. The stupendous outcomes of Iconic framework have successfully laid synchronization with Angular, this, in turn, has made it the most popular framework for developing Hybrid applications. The boundless catalog of properties, pre-developed components and massive group of developers of the iconic framework, resides behind its success. Because of the potential to develop mobile applications which resemble native apps, Ionic stands out to be the first priority in the development of Progressive Web Apps (PWA). Version 4 of the existing beta version along with the production version of ionic is anticipated to release soon. 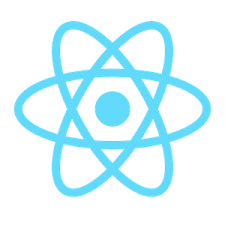 With the help of React native, an effective native application can be developed. Reactive native elements are emerged to native iOS as well as Android elements, utilizing JavaScript and React Native Framework. Originally, Facebook was built with the help of React Native to function on iOS platforms only, although with its existing support of Android operating mechanism, the library is now capable of furnishing mobile user interfaces for Android as well as iOS. Initiating to function with React Native is very simple, particularly for developers who are well versed with JavaScript, which is a zestful and robust programming language which is generally utilized for best hybrid app development. Skype, Walmart, Tesla, and Airbnb stand out to be the most popular React Native applications. 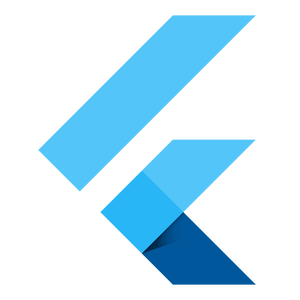 Flutter was declared by Google in February 2018, at the Mobile World Congress. It is a contemporary development kit drafted for developing mobile applications for platforms such as Google Fuchsia, iOS, and Android. Flutter is referred to as an open source application development framework, which uses the Dart programming language. The biggest property of Flutter is associated with its hot reload which implies that the app architects can review all the alterations they have made in the coding of the applications. This permits them to rapidly introduce a fresh set of properties, eliminate errors and mistakes, and experiment new operations. Flutters hold a lavish collection of widgets and substantial potential for developing complicated personalized widgets which is utterly appropriate for interface and view of applications. Flutter has a massive community of thousand plus available to support developers and designers. Its drawbacks only reside in its restricted size of the library, the frequent requirement of plugins, and restricted TV support. 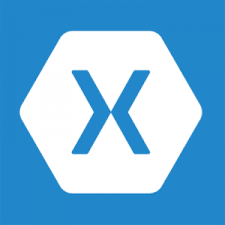 Xamarin is owned by Microsoft, and it is dominating the vicinity of hybrid app development frameworks which function on the concept of WORA that is Write Once, Run Any. The applications developed with the help of Xamarin framework provides native experience and are appealing to look at.

The potential of Xamarin to rework with the same set of tools, codes, and properties helps help to become the most appropriate hybrid framework for the development of fast applications. More than 15,000 firms worldwide, from different verticals such as transport, energy, and healthcare makes use of Xamarin framework. 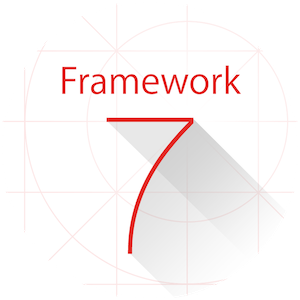 It is free of cost and open source mobile HTML framework which permits best hybrid app development with appearance and vibes of iOS and Android. Framework 7 also supports in developing rapid application prototypes that is an extremely useful feature while the user requires presenting a rough idea of the assignment to the customers. One of the most fascinating features of Framework 7 is that there exists no external dependency on tools such as Angular or React, like other kinds of Hybrid framework needs. For application developers and designers who are well versed with the technical aspects of CSS, HTML or JavaScript, Framework 7 is the ideal tool for them.

There are various mobile hybrid app development frameworks functioning across the market that mobile establishment can take into account while they initiate to work on their next assignment of building a hybrid application. It solely is based on the priorities, preferences, and convenience to work with a particular framework. The above listed are the most popular and highly utilized hybrid app development framework.

How to Develop a Meal Planner App Like Intent?

How Much Does it Cost to Develop a Budgeting App Like Personal Capital?