This year, Apple’s summer event exploded with phenomenal announcements at WWDC 2019, McHenry Convention Centre in San Jose, California. Now, Apple exponentially extended the desirability of uniqueness through introducing the astonishing launch of feature-laden beta version iOS 13. Every feature of iOS from the efficient process to share content to hand free navigations and picking up a preferred place in Apple map, comprehensively enriches it over time. The extensive upgradation in iOS app development would garner the tenacious vision and upcoming transfiguration. Apple would continue to make changes to improve iOS 13 over weeks of its successful beta version. Over the last couple of years, it has been assiduously working to morphed iOS into a perfect state. So, here we are cohesively bringing up noteworthy features of iOS 13 beta version.

The dark mode is one of the biggest embellishing makeovers to iOS that would enrich the user experience. Apple introduced a comprehensive theme applied to almost every app. It designed an impressive dark theme that transforms the whole display of its operating system. Apple empowers third-party developers to optimize their apps and make it compatible by tapping into its Dark Mode API. Dark mode extends its focus on the core content and racks up an aesthetic experience for iOS users. It supports for automatic Dark Mode where the user becomes able to customize the dark and light appearances. Basically, Dark mode may either be set automatically activated or deactivated itself according to day or night or activated permanently.

Furthermore, iOS users can shuffle between the lightish and darkish mode available with the new fascinating wallpapers.

Usually, a person gets exasperated if he has to go back to rectify mistakes while writing multiple and long paragraphs on their mobile. But now the announcement stupefied iOS users by allowing cursor control features which improved the text editing where users would only drag the cursor, and tap to select content. Once you tap, it will select a word, a sentence or a paragraph. In case of a double tap, a word will be selected, whereas a triple and quadruple tap will select a sentence and paragraph. Fantastically, Apple introduced triple finger gestures on iOS, that would be more intuitive, fluid and convenient for text editing.

Apple extended its security-laden signing up with a potential and privacy-focused alternative that eliminates the risk of being easily tracked. Signing with Apple ID encapsulates significant security layer with two-factor authentication. Now iOS users are empowered to set up and easy sign in an account using Apple ID without embracing security threats. It mitigates the uncertain and harmful access which garners the consistent development process of app development company. Sign In with apple works on all iOS devices, apps on Windows and Android and on the web. Apple proffers a feature “Hide my email”, which allows users to create a single-use email ID and forwards it to User’s real email address. It doesn’t reveal their personal ID address to third parties. 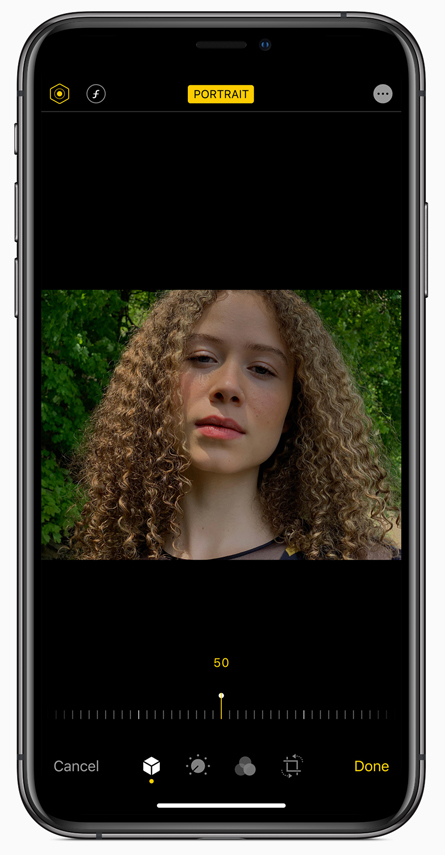 The photo app is exponentially redesigned to offer an enriched experience where it becomes easier to find images quicker. The appealing feature of playing videos of still shots automatically makes a comprehensive fantabulous experience. Additionally, in view mode, a user can have automatically sorted pictures by day, month, or year. Apart from these, it efficiently encapsulated more powerful editing tools which extend to edit highlights, vignette, noise reduction, sharpness, shadows, brilliance, contrast, saturation, definition, and balance. So finally, the expeditious functionality of new app extracts more impressive results than other than apps developed by mobile app development company. apps developed by mobile app development companies. The users have to scroll wheel for different photo modes and slide to adjust the desired effect. 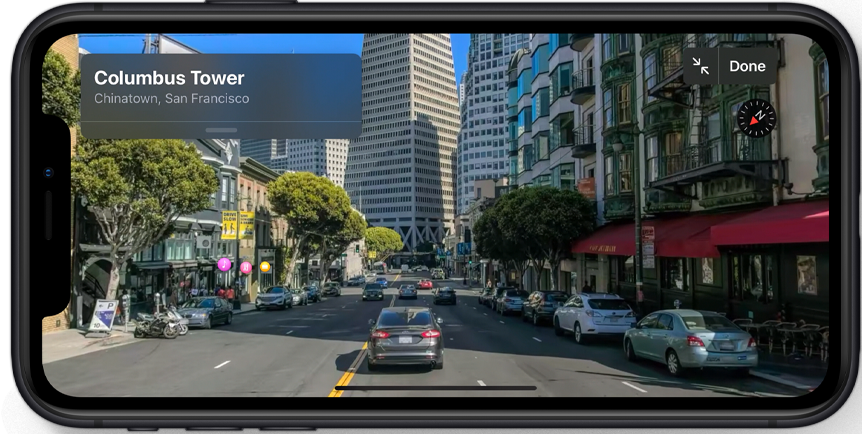 iOS 13 came up with a Junction View, that is audaciously designed to assist drivers to avoid taking wrong turns and direction by lining them up exactly in the correct lane. Apple Maps comprises more detailed images and addresses and commits to bringing high resolution 3 Dimensional graphics. More streamlined improvements in navigation, ensure accuracy in reaching endpoint destination for users. Additionally, Real-time accessibility bolstered the usability of Apple maps, where users find flight status information, arrival times, flight terminals, gate locations, departure time and many more for improved planning. Although in the current state of the market, every mobile app development company would definitely urge to integrate Apple maps to various apps. From all newly integrated feature, Look around embellished with a street-level view, that offers users an option to view a neighborhood without visiting it.

Unlike Siri’s old version, the iOS 13 featured SIRI with an updated voice generated through software that is delicately designed to sound more realistic and it’s happening in long phrases. It’s quintessential to have a major improvement in the Sirikit framework. Now it supports third-party media apps, where users can ask Siri to play audiobooks, music, podcasts, and radio from third-party applications. Siri Shortcuts proffers suggested Automation that enables personalized routines for their users like heading to the office or hitting the gym.

Now, due to the software improvements apps and Face ID unlock will take less time than it took. Interestingly, the download size of apps would be reduced by 50% which illuminates phenomenal and noteworthy improvements. The progressive app development company has also improved the compatibility and functionality of apps. In other words, the Face ID unlocks works 30% faster and iOS apps become 50% smaller in size. The operating system works seamlessly, smoothly and expeditiously on iOS devices. Apple has mitigated limitations on the size of downloading applications over LTE connection with a voluntary option.

The QuickPath keyboard allows iOS users to type a word without removing finger from the iPhone screen. Now they are to swipe their finger across letters to type a specific word with the swipe-based keyboard. iOS predicts word while you swipe across the keyboard, that either get it accurate or at least find probable results. The announcement broached about a quality experience for iOS users with Quick path keyboard. The users don’t need to download a third-party app for typing. It works adroitly and makes users able to strike letters continuously through swiping across the keyboard. Furthermore, It supports multiple languages including English, Simplified Chinese, Portuguese, Spanish, German, Italian and French. 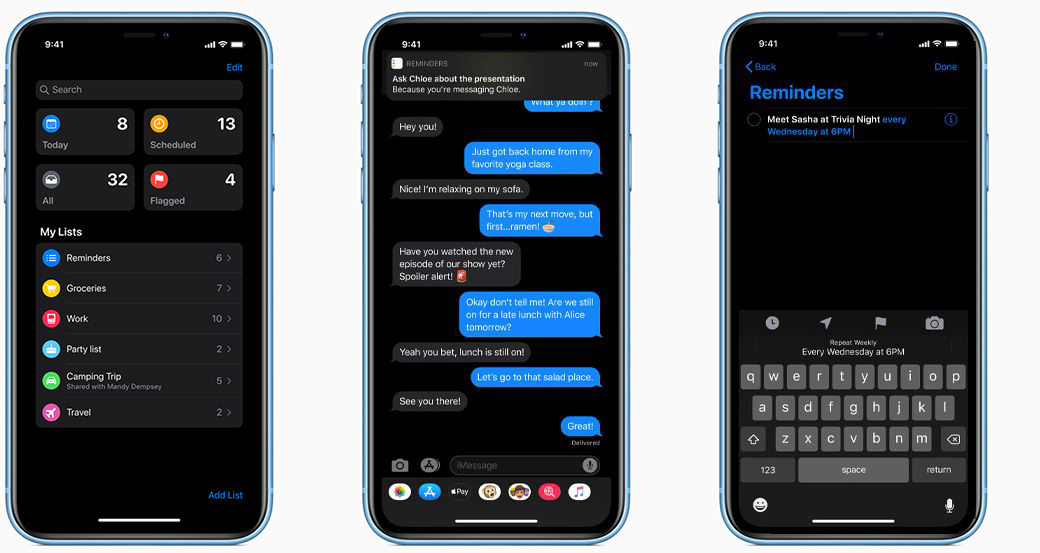 Apple’s new Reminders app is feature-length which extends from basic to complex functionality. It offers users to add pictures, geofences, or time and to tag their contacts in reminders. The exciting reminder feature gives a heavy dose of Siri to new iOS13. For example, when you type “Remind me to walk every morning”, it prompts you to make its reminder. Moreover, you can make your contacts tagged in the reminders, you get pinged with cross-app functionality when you send a message to your tagged contacts over iMessage. 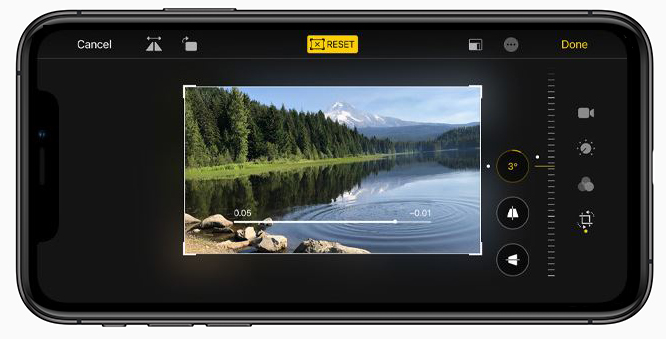 With all new iOS 13, users also get yo have the camera app update, which features the adjustable portrait lighting effect. This upgrade allows the lighting effect to be adjusted in high intensity. Alongside, the high-key light mono app is enabled with the option to adjust the intensity and position of the lighting. It creates an engaging and monochromatic look for portrait photos. As you move the light closer to the object, it digitally increases the sharpening effects, skin brightening and facial skin smoothening whereas when you move the light away from the object reduces the intensity and make subtle adjustments. The portrait light adjustments can be made on the camera app to move light closer for sharpened eyes and smooth features and move away for giving the subtle look.

By incorporating immersive and enriched technology, Apple has shaped up a pristine way of revolutionary improvements in iOS devices. Apple has vested a valuable time in morphing iOS 13 into a milestone for developers for futuristic development. Now Business owners stay more interested in integrating the latest features to their apps. If you have an exciting idea and need a powerful app, Matellio can offer you a seamless iOS app development services, to let you leverage the latest functionalities and woo your customers.

How to Develop a Health Monitoring App like MyChart?

How to Begin Goods Transport App Development for Your Logistics Business