Are you just starting out in the world of app development and want to know which is the right framework of use? With mobile app development becoming the trend there are many frameworks, technology, languages and a whole lot of paraphernalia that are available in the market. Each has their pros and cons and it can take quite a lot of time to go through everyone of them before you can make the decision.

In this article, we will make a case of why a developer should choose Ionic Framework for hybrid app development. But before we analyze the benefits of ionic app development, let’s look into what ionic framework is.

What Is Ionic Framework?

This is an open source User Interface (UI) toolkit that is used for creating high-quality desktop and mobile applications which uses web technologies like HTML, CSS, and JavaScript. The primary focus of Ionic app development is on the frontend UI interaction i.e. gestures, controls, animations, etc. along with the user experience. One of the best features of Ionic framework is that it can be integrated easily with other frameworks and libraries as well as can be used as a standalone framework.

As mentioned earlier Ionic Framework allows the usage of a combination of languages like HTML, JavaScript, and CSS and being an open source has become quite a favorite framework for mobile app development professionals. We will have a closer look into some of the other benefits of Ionic Framework and the reasons that you should select it for any hybrid app development. 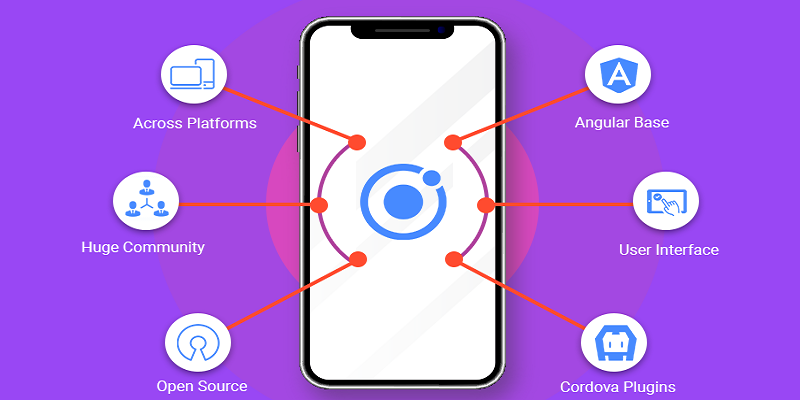 Compared to iOS app or any Android app Ionic Framework when combined with Angular JS and Cordova they provide a perfect platform for any hybrid application. So while there may be many reasons for using Ionic Framework like it is free, offers better UI experience, it is open source and so on. But one of the important factors that a developer should always bear in mind when developing an app is to give it maximum exposure. Developing an app on Ionic framework ensures that since it is easy to develop a hybrid app with this framework. All you have to do is learn Angular and start developing the app.

If your business demands a powerful mobile platform, cross platform the futuristic app and the scalable one with the time. To hire a web developer who would be able to create a hybrid app, contact Matellio. At Matellio experienced team of web and app developers knows how to work on Ionic Framework that would give you the best result with the app that you intend to develop. Being one of the best web and mobile application development companies, Matellio has knowledge about the latest trends and features that make hybrid apps work best in the market. They also have the know-how of Ionic framework and can develop a stunning app with that.