Contrary to what mass media would have you believe, reading is not a habit which is on its way to extinction but a hobby which is quickly becoming popular again. And yes, it is true that now we are migrating from physical books to eBooks, but that is just the evolution of a means of entertainment, like streaming services, and not its extinction. Kindle, GoodReads, and many other apps are the new favorite past times for avid readers, letting readers read books on the go without having to carry a physical book around, browse through directories and find the books that they may like, share their latest reads with their friends across all social media platforms, give reviews and even give and get recommendations. Given the rise in the popularity of the smartphone app development, it was only a matter of time until books became the industry’s target as well. Now there is a lot in these apps to be crazy about, but we will restrict ourselves today to only one specific feature- ISBN Scanning.

But before we move on,

we think it is our duty to tell you, those who are not very frequent readers and don’t know much about them, what an ISBN is. ISBN, a.k.a. International Standard Book Number, is a serial number which is unique for every book and remains, as the name itself suggests as well, the same all across the globe. And since this number is attached to the book, all the information regarding that book- author bio, type, synopsis, year of publishing, etc., can be mined from the internet using it. Bookstores use these ISBN numbers to arrange the books according to the genre and author and they also come in handy when the purchase of the book is being made.

And now that that is out of the way,

we can proceed to talk more about ISBNs scanning. It is basically a type of OCR (Optical Character Recognition) feature which lets you scan the ISBN code of a book and retrieve all the details about it from the internet. Now the way Goodreads use ISBN is quite fascinating. It lets you scan the ISBN of the book using the back camera of your smartphone, then it fetches all the data about it from the internet. Then it lets you add that book to your To-Read list, share it with friends, add to your Read list and pretty much do everything else as well which you would have done with the book whose ISBN you would have typed in.

Apps like GoodReads, apart from providing this function for a user’s convenience, do it for personal gains of course. Let us discuss some of the plus points that having an ISBN feature in your app can have for you and your users both.

1. Scanning is Easier, Faster and a lot less Frustrating 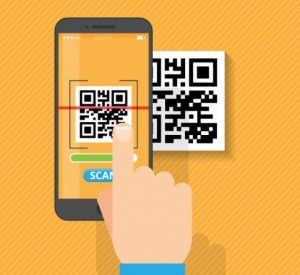 Chatting on your phone and typing something from your memory are different and far less irritating things. But when you have to copy something down, that is where writing becomes a curse, especially when it is a long series of numbers or there is too much information which needs to be filled. The problem is- you first have to read a fragment of the number, then you have to type it, then you have to read the next fragment, keeping in mind that you don’t mess up the series of numerals and then type again. And after that, you have to recheck it as well. All of this can be pretty annoying and feel unnecessary, especially because there is an easier way to do it. ISBN scanning takes all the frustration out of copying data from the physical world to the digital one. Just a couple of simple taps and its done. Furthermore, it doesn’t require you to proofread, you know that the scanned information is flawless. And because of this, most apps like GoodReads opt for having an ISBN scanning feature in their apps.

Apart from being easy, it is fast as well. Anyone could tell that scanning something is much faster than typing the entire data, especially where there is too much of it. And finally, ISBN scanning is more practical these days. The reason being, a simple series of numbers can help you retrieve all the information about the book, without you even having to type it. Because of this ease that it instills in our lives, ISBN scanning makes typing data such as ISBN obsolete.

Most machines work flawlessly, until and unless there has been an error made by a human first. This human error factor is quite a big problem in ISBN entering sector. The low accuracy rate of a human and his fear that he is going to make a mistake, which ironically is the reason why he makes a mistake most of the times, makes using ISBN scanning feature more prudent. ISBN scanners have a +99% accuracy rate! No human can brag about being so accurate.

The biggest problem in typing long numbers is typos. We all make mistakes while typing, especially if you are a fast typer. But making an error while sending a text is not a big deal. Either your autocorrect will take care of it, or you will send the message with the typo and your friend wouldn’t be bothered by it in the least. But when you are entering numbers like ISBN, two things are working against you. First is the fear that you are going to make a mistake. This compels us to work slowly. Then is our depth of perception. ISBNs of books are written too small on the back covers, with numerals smushed into each other. So naturally, a normal human eye can shuffle numerals among each other, thus making an error. ISBN is not bound to make any such mistakes.

Then there are always other things making the entire process difficult, too. Your health, your location, etc. and again, the best thing about ISBN scanning apps is that they just don’t care. Give them something to scan, and they will scan it. Period. So they are a great tool to have for your staff since it makes the inventory task easier and accurate.

3. They improve your app’s user Engagement

Every company or business with an app keeps a keen eye on a number of metrics which tell them if their app is a success or a bust. Engagement of the app is one such metric. It tells owners how long every user remains on their apps. Higher the engagement longer the time users used your app and that will lead to greater revenues which is naturally the end game here. There are multiple ways to increase user engagement. And one of the obvious ones is by making it simple and an absolute delight to use. People shy away from complexity. They don’t need you to do some fancy technological somersault in order to please them, they just need your app to work the way it is supposed to in a streamlined and hassle-free manner. This is where ISBN scanners come in. You are literally eliminating the need to type in useless details, just a single tap, and BAM! It’s done. You cannot make a process any easier than that. So having ISBN scanning feature in your app will definitely work to your benefit. Users will just have to point their cameras at an ISBN code, and that’s it, all the information will be auto-filled in the fields which otherwise would have required them to fill.

By bringing features such as this, you are luring more users than ever by showcasing the fact just how easy you’ve turned the entire process. No typing, no copying, no going back and forth to make sure that you’re typing the right number, just a tap and that’s it.

Adding the ISBN scanner feature in an app

Now that you know what are its advantages, let us quickly go over- what you want out of your app, or to more precise, what do you want your app to do? Do you want to create an ISBN scanning app, which will specifically work to read barcodes and other such codes, or do you want to bring this feature into your app? The answer to this question will decide how you proceed. If you are looking to add the ISBN scanning feature in your app, then you need to have a development kit which lets you create a scanner and then integrate it with your app. There are a couple of good SDKs for a barcode and ISBN scanner. Some of them are- Scandit Barcode Scanner, Anyline ISBN Scanner, etc.

Creating an app just to scan various codes and documents will require you to hire a mobile app development firm or you will be required to set up your own development team and do it all on your own, which is going to be ten times costlier. Also, know that there are no rules that restrain you from adding this feature to your apps in one of your later updates rather than your first app. You can add this feature when you feel like it can benefit you now.