At a glance, iOS 14 is the newest operating system going to be launched. And if you are fond of the Apple brand, then we presume that you might have heard about the iOS 14 as it is the latest Apple’s invention. But let us remind you before we go profound into Apple’s latest invention and its features, iOS 13 came into the picture which was best in its features. But probably users did not find them catchy or very interesting and they also had to face some issues with the product. Moreover, it is always required to be updated from time to time in order to improve its performance and to keep the operating system stable, that too in a short period of time that was difficult to follow.

But fortunately, the latest Apple’s invention broke the trend. And as the report says, this latest trend is all set to grab your attention as it has all such capabilities to identify and remove the issues.

However, its been long when Apple kept silent about the release date of its forthcoming operating system, but in case you want to know about its release date then, you can look back at the previous versions’ schedule of the iOS release. The company follows almost the same kind of yearly release for its products. Most of the time Apple releases its updates in mid-September and based on the given schedule, we can expect that iOS 14 will be released from 14 to 18 September 2020. But looking to the fact that Apple has not announced anything officially yet about the release date of iOS 14 and what new technology we will witness in the iPhone 12, we could make some anticipated guesses about what’s coming in the next big project. So iOS 14 is the next one is coming later this year – and we’re very curious about all its features that are headed our way.

Long List of Analyses on Leaked Features of the iOS 14 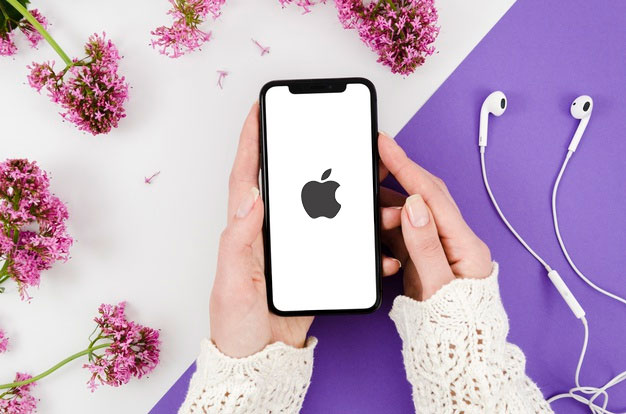 Some of the applications like WhatsApp are providing salient features for messaging which are probably lacking on the iOS platform. iOS has come up with the idea of adding some new features in the future.

We by mistake send the messages that we are not supposed to send to the recipient, which might embrace us. The other apps are providing this feature already and it was absent in iOS which is why iOS has decided to add an unsent option in messages that will not only delete the message from our device but also from recipient device as well that will rescue us from an awful situation.

This feature is most useful if we want to talk about a particular user. The contacts can be tagged by using (@). Just type @ and the iPhone will open the list of contacts to select from. Choose one, send the message and the contact will automatically be alerted to the tag. Even if the contacts have disabled the notifications. It is useful, especially in group chats.

Sending messages is now becoming outdated these days but this feature of adding status to the messages will make it better than before. Apple will add status updates in the messages itself. Statuses are viewed by most of the people just like in WhatsApp or Facebook messenger. For example, hey, I’m in the meeting. Don’t be offended if I don’t reply back.

The iOS is coming with a feature of chat typing bubbles, currently only chat between the two persons shows the typing feedback through the ellipsis bubble. iOS have tried to enhance this feature by making it possible for group chats.

This feature is basically provided in mails where the last messages could be marked as unread. Apple is working on adding this feature in the iMessage platform, making it extraordinary, as it becomes very important sometimes to keep an eye on the last received message that we couldn’t respond to at the same time.

As far as Apple is concerned, there is only a single view of the icon on the home screen. But with the new feature apple could introduce the first home screen update ever in history by providing a list view option for sorting all the apps.  The list view will provide multiple sorting options. Apps can be sorted with unread notifications as well as the apps that are recently used. Siri will also be present on the list helping you with the suggestion based on your daily routine.

It is apparent that with the launch of new iOS features new wallpapers will also be added, as they are the key attraction to the users. Previously they launch the wallpapers that changed from light to dark based on the theme. iOS might work on adding live wallpapers just like Android does.

This feature is provided by Android. But apple might work on adding this feature where the third parties could add their wallpaper collections directly in iOS with no charges.

With the arrival of new wallpapers, apple might add a new feature of wallpaper sorting in the wallpaper settings page. We will find the wallpapers that will be sorted by type. For instance, there is anticipation to see the options like “ earth and moon”, moving flowers” etc. it also being viewed that the third parties will also indulge in this.

Android is the king when it comes to widgets. Though iOS has widgets, they are confined and fewer customization options are available, that is why Android leads iOS when it comes to home screen widgets.

It is possible that iOS will adopt the home screen widget style just like Android we will be able to see more icons that look like large squares or the elongated rectangles. The image legitimacy can not be confirmed, but it will definitely resemble the apple.

When security is considered, iOS is the leader. It has the best security as compared to Android, which possesses good security features as well.

Reused password warning is one of the essential features being added to iOS. The notifications and alerts are designed in such a way to let you know if the password you have entered is being used on different sites already. This will definitely be enhancements in the security system.

It is must to have different passwords for different websites. Once the hacker finds out one of your existing accounts, it won’t be difficult to find out and hack the others. To beat these security threats iOS is continuously innovating the security features. Reusing a password is not a good thing that is why the reused password warning will be a major help in protection.

iOS is working on the introduction of the two-factor authentication code in the iCloud keychain a.k.a 2FA. iOS will provide this service free of cost presently. If you are using an application that needs 2FA codes for sign-in, you need to pay for it.

Smart home technologies are one of the growing technologies in today’s world. Apple is working on an existing home kit and will be adding some new features to it.

1. Auto-Adjust Light Temp Throughout the Day with HomeKit

Apple is adding a feature on a home-kit where the lights will change the color temperature, 24/7 that what smart lights do. For instance, at the beginning of the day brighter lights and when with the sun going downlights will be warmer. It all will be adjusted on a home-kit itself with no human interruption needed.

With the smart lights, camera’s are also becoming smarter. Apple is premeditating to launch an update to cameras which will support the identification of particular people according to their faces. This feature completely stands out as well, like indoor running, dancing, yoga, etc. all this will be tracked by Fitbit applications.  photos are able to identify the individuals with their faces.

Apple will be working on the addition of two completely brand new apps that are new fitness and AR apps. Both of them will be first-party iOS applications. Let’s take a look at these apps:

You must have heard of an Apple watch which is a smartwatch, popularly known as Fitbit. This watch is known for keeping a record of your footsteps on a daily basis and has proved to be one of the best gadgets for workouts. This watch completely tracks down your workouts.

Fitbit is not enough for Apple. They are now working to add a workout app that will be fully exclusive. This app will contain instructions not only for outdoor workouts like cycling, skipping, brisk walking, etc. but also for indoor workouts

Undoubtedly, iOS is a hard worker when it comes to the AR approach. New additions could bring a drastic change to increase the goodwill of the company, which is already at a higher pace.

iOS is working with its stores and Starbucks to create a new AR experience for its customers. If you are searching for an item at the apple store you will be able to point out your iPhone’s camera at a product you would like to know more about. The AR app will also connect to triggers in the app stores to auto-populate the experiences. This feature will also allow the third-party to add their own “triggers” for a good experience.

1. Animoji Filters in the Camera App

One of the highlights of the iOS camera is its Animoji filter application. Animojis are gaining popularity at a high pace. You all must have seen the Animojis video being forwarded and shared on social media. This animation filter allows you to make a cartoonish video of yourself and send it to whosoever you want to. It does the complete and accurate face mapping of the user. Animojis will be soon available in the camera app allowing you longer videos. Moreover, they are easing the current method of Animoji video creation.

The usual setup alarm that lets us, to wake up on time. But the alarm needs to be enhanced which is why Apple is trying to transform the existing alarm feature. Apple is trying to create automated alarms with no outside intervention as presently the alarm is manual. This automation feature has already been introduced for standard alarms.

They are trying to make an alarm that needs not to be set before going to bed every night. They might also add a feature to snooze, not only a single alarm but a group of alarms, which could be for a day, 7 days or 30 days without turning them off and then back on.

For the very first time, Apple will let the users wallpapers to be used in car play. The apple is presently testing this feature with its own wallpapers. Which contain light and dark modes that will toggle automatically with lights. iOS will provide more information about the genius bar services which are offered at the Apple store on the map. For instance, you will be able to see the device trade-in for credit.

In addition to the above, the newly featured maps will also let you know that if the preferred location has seating for couples, discounts for children, private rooms, cinema halls with IMAX, etc.

With every new version of iOS comes new apps with advanced features where we can get more information and can have a good augmented reality experience in our hands. The new tools and features will ensure multi-tasking improvements keeping in mind the improvement of built-in apps. It all will ensure a good user-friendly experience, improved reliability, better stability and most importantly increased reputation and goodwill.