Looking for the latest software engineering trends in 2020? Well, this is the read for you! Today, Matellio has brought you the topmost Software Development Trends in this year full of uncertainties.

So, before actually listing the trends- do you know how much the global market spent on technology in 2019?

It is a vast number, and taking the current dominance this sector has- it only justifies!

Be it a business or marketing or only a programming language class- people tend to follow the market inclinations for gaining an edge over others. Almost every industry is swarming with new companies and for becoming the face of the crowd; you got to inculcate the latest software engineering trends before any of your competitors do.

As per studies, 61.6% of the software companies have agreed on an average of 4-6 months as a period for software development. The question is: Can you, as a business owner or a developer, can create a qualitative solution in a shorter span of time?

This IT industry is vast, and it comprises numerous categories. From the tools to create interactive websites to the tools to track user engagement with your site- every little bit comes into this industry.

Software Engineering is the heart of this industry. For carving a space in the same, you got to have a futuristic approach and avail the upcoming and current software engineering trends in your operations.

This blog will cover some of the major trends in Software Engineering, which aren’t very go-to-read for a non-techie but will significantly swap and recreate this “IT World.”

Software Development Trends – What is 2020 carrying? 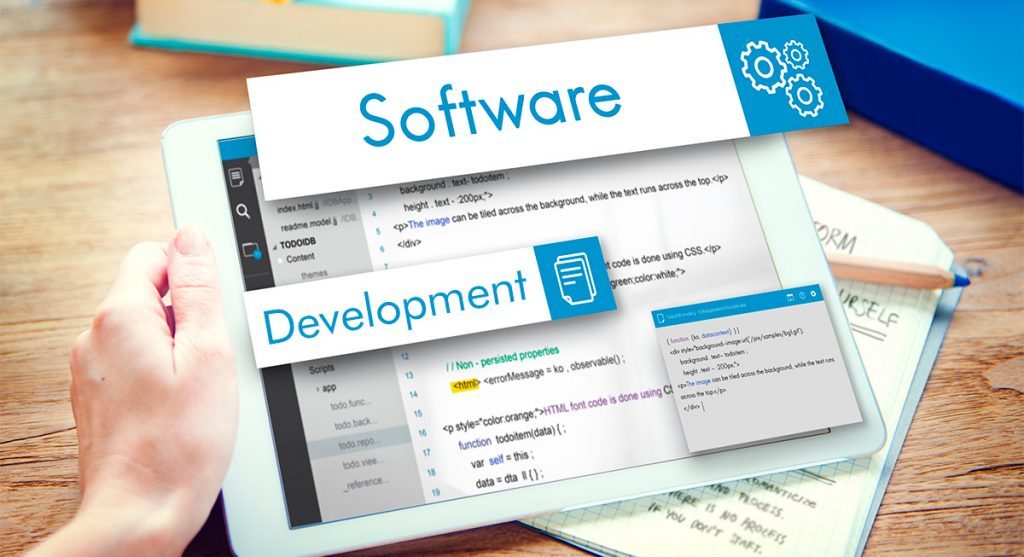 Along with 5G enters the concept of Edge Computing- A decentralized computing infrastructure. Fog Computing (the highly distributed model of Edge Computing) overcomes several disadvantages of the well-known “cloud computing technology.” Edge computing relocates crucial data processing to the edge of a network. Self-driving cars are one of the famous instances of this technology. Practically, the edge reduces lag time, frees up spaces for data storage in the cloud, and limits signal-to-noise ratio.

The worldwide public cloud service revenue is predicted to hit 266.4 billion from 227.8 billion by the end of this year. And Edge Computing is known to be an upgraded version of Cloud Computing. As per Statista, the Edge Computing market is forecasted to rise to $26.84 billion by 2025 from $1.47 billion in 2018.

In December 2019, Amazon Web Services and Verizon announced a new partnership for delivering 5G Edge Cloud Computing. The technology will assist the customers in building new applications and accessing IoT capabilities. This partnership shall expand this concept and make it much more accessible to the general public.

Trend #2
And the Winner is -Kubernetes!

Apart from cloud computing, containerization applications are on the rise. In this field, once there was a massive fight between Docker Swarm, Kubernetes, and Mesos; and Kubernetes has emerged as a clear cut winner. Cloud is a distributed system, and Kubernetes is the operating system. Kubernetes, the backbone of the Cloud Native Movement, is no seeing back. The technology is at boom.

A few years ago, it was all about Docker, but now everything is about Kubernetes. Docker had failed to monetize in its heydays. Later, it tried to gain money in the later years, but until then, the industry had already moved on. This tries to teach a simple thing- timing is everything in the modern software world.

The modern JavaScript (post es5) is one of the excellent languages, but like any other coding language, JavaScript also possesses limitations. One of the major negatives is that it is quite slow. It is due to the JavaScript engine, which requires time for reading, parsing, and processing the JavaScript textual- Abstract Syntax Tree. The other major downfall of this popular language is that it is Single-Threaded and can’t avail modern hardware like GPU, Multi-Core. Resultantly, many computer-intensive apps like 3D-graphics and Games can’t run on the browser.

It facilitates computer-intensive apps like Autocad and Games to run on the browser quickly.

Although, the goal of this binary instruction format is even to facilitate operations outside the browser as well.

WebAssembly, inherently also offers Sandboxing and Security because of its Web support. This implies that WebAssembly can also be availed in the following “Outside the Browser” scenes:

In the near future, many giant corporations, including the Cloud Vendors and communities, are openly going to embrace this light yet powerful technology.

Over the last decade, hundreds of programming languages have been introduced in the software world. This shift from monolithic languages has enabled the developers to focus on modern developments in hardware and developer ergonomics. This sheer variety of languages empowers the industry and turns attention to solving human problems. As per research by StackOverflow, the top four programming languages on the rise in the year 2020 are- Rust, TypeScript, Kotlin, and Swift. Rust has maintained the consistency of being in the 4th position from the last four consecutive years.

Modern data platforms are quite complex. Organizations usually have OLAP databases (NoSQL) for analytical purposes and OLTP databases (SQL) for supporting ACID transactions. Companies also have other kinds of data storage for Searching ( Elastic Search, Solr) and Computations (Apache Spark). They build their data platform based on Data Lake, which means that the Data is copied from OLTP databases to the Data Lake. All other kinds of Data Applications like OLAP, and Search avails the Data Lake as their primary Source.

The only issue with S3 is that it binds the Data Platform very tightly with the Amazon AWS Cloud. Undoubtedly, Microsoft Azure has Blob Storage, and even Google has similar Object storage, they aren’t very compatible with the AWS S3.

Due to this, MinIO– a new open-source S3, compatible with object storage proved to be the rescuer here. Built for Cloud-Native Environment and powered by enterprise-grade support, MinIO offers a Cloud Neutral Data Lake. Recently, Microsoft called the MinIO in Azure Marketplace as a provider of Amazon S3 API compatible data access for Azure Blob Storage services.

If ever, Google also decides to offer MinIO, then it could prove to be a significant step in the direction of Multi-Cloud facilities.

Trend #6
Expect more of the Tensorflow 2.0

Facebook and Google are maintaining their lead positions in the domain of neural networks and deep learning. Particularly, Google’s Tensorflow 2.0, an open-source platform designed to develop and integrate large-scale Artificial Intelligence and Deep Learning Models, will be the driving force in the market. Facebook’s Deep Learning library PyTorch is also expected to do much better in these years. Both of these technologies have experienced massive growth, but since Tensorflow possesses a broader community than the PyTorch, it is much likely to have the upper hand.

Using passwords for authentication is a common practice; however the term called passwordless authentication is also very much prevalent these days. It is because nowadays, passwords aren’t considered very secure. Instead, technologies like facial recognition, fingerprint tracing, and other such biometrics validation are heavily utilized for the same. These techniques happen on the users’ device and thus make it safer than the regular pin codes or other screen locks. This is why engineers are researching in this field and try to introduce newer ways of authentication over the regular passwords in the near future.

The two-dimensional world of computing, which consists of a mouse, keyboard, and screen, is right now in fall.

It is because of the rise of the multi-experience computing world, which comprises virtual reality (VR), augmented reality (AR), and mixed reality (MR).

Due to this, users will increasingly expect multi-modal, multi-sensory experiences. Retailers are very much going to make the best out of this opportunity. They will allow the buyers to experience the products before making the final purchase.

In the recent and upcoming times, expect more of visual merchandising, co-creation, and increment of clicks-and-bricks hybridization. In this, the online platforms and on-site showrooms operate collaboratively.

They are not just the trends for this year but are going to have an impact in the nearest future as well. We have looked deep into this year’s tech goings and compared them with last year’s happenings for crafting this list. It gives a sneak-peek into the direction in which this industry is heading!

As a developer or a company owner, leverage these amazing software development trends for creating fantastic user experience and taking your ROI to the sky. Want to stay updated on all the technology happenings in the world?

How to Develop Boutique Management Software?

How Much Does it Cost to Develop a Travel Portal?