In this age of digital mobile era, almost everything is being digitized, even the way we want to present ourselves to the world is almost in our hands. No longer we have to wait for photographers and editors to make us look good. With apps like YouCam Makeup, we can virtually put makeup, accentuate our features, perfect our looks and even contour and highlight our face and hair.

The advent of virtual makeup apps the way we used to look into mobile apps has changed. There has been a significant rise in makeup apps and as a result, the mobile app design trend has transformed too. In the last few years a host of apps like YouCam Makeup allows you to edit your pictures in a way you want to have flooded the market. But if you are a startup company who wishes to create a makeup app there are few things you should consider.

In this article, we will provide you with some statistical details about the virtual makeup app industry so you can get an idea about how you might fare in this competitive market as an AR app development company. We will point out a few of the best virtual makeup app along with YouCam. Also, we will draw your attention to the features and drawback of YouCam app so that you can create an app with positives.

With smartphones on everybody’s hand, people have become selfie obsessed irrespective of the age of the consumer. This has led to the booming of augmented reality for trying on makeup. Now brands like L’Oréal, Instagram, Estée Lauder, Cosmopolitan, Target, and such brands are experimenting with virtual makeup app and stores. In 2016 Forbes reported the following regarding the virtual makeup app industry:

There are several other features that the virtual makeup app uses to woe their customers, like scanning and tracking the skin tone of the user and apply makeup tools in real time. In India Economic Times reported that at least 10 million mobile app users try a minimum of one of the 20 leading photo-editing and virtual make-up apps on a monthly basis. Also, the apps get 40 percent of their revenue from men. All these factors have led to a change in mobile app design trends and the rise of virtual makeup app.

2: L’Oréal MakeUp Genius: The app provided an enhanced experience to the users since superior AR and AI power it. Customers can try out almost all the beauty products on the app before purchasing it.

3: Plum Perfect: This provides a personalized approach to the customers to try on the makeup. The app analyses the complexion and creates a signature color for hair, face, eyes, and lips.

4: Mary Kay Mobile Virtual Editor: It offers full makeover where you can try new hairstyles, makeup look, nails, and accessories. The only issue is it does not offer real-time experience.

5: Modiface Photo Editor: With this app, you can do a whole range of things apart from just trying out makeup and hair-do.  You can facelift, do a nose job, practically reshape your entire face.

With all these among the top five YouCam is still the choice of maximum users. Why? 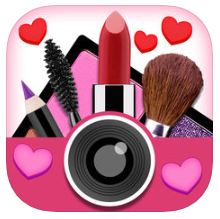 In 2016 just two years after YouCam has launched it recorded 1.27 million five star review with over 100 million downloads on Google Play and 150 million on iOS and other OS. It offered a whole range of applications that a user can avail in real-time. According to Similar Web, it has over 60 million monthly active users and 700 million downloads in Google Play.

So if you are considering developing apps like YouCam makeup there are three main factors that you need to bear in mind.

These features will help you in developing an app like YouCam makeup. Also, you can think about the following features that YouCam makeup has in its app. 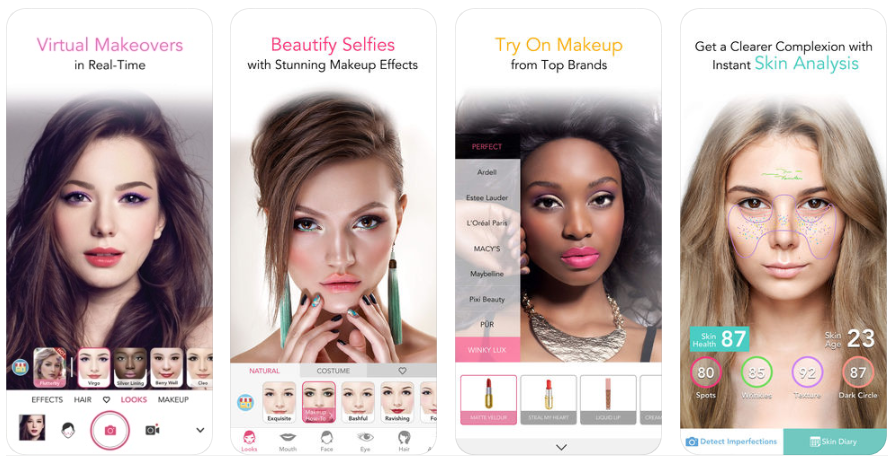 YouCam offers a variety of features to its beauty customer thus making it one of the topmost makeup apps in both iOS and Android OS. Some of the features are:

All these factors make YouCam a hit among the consumers and have taken the life of augmented reality to a new level for those who want to share the perfect picture every time. Also every two to three weeks it offers new updates thus keeping up with the competition and encouraging the customers to come back

Despite so many positives in YouCam, users have found its limitation in hairstyle section. Users have criticized that the hairstyles look like a wig when used. This issue has been addressed and YouCam company Prefect Corp. has been trying to rectify it. Also, the app is not completely free since it requires an in-app purchase to avail certain features. With the free version, one can avail only a limited number of features.

As a company, if you want to develop an app like YouCam Makeup, do consider hiring a company like Matellio that boasts of having experienced professional mobile app developers. Being one of the best in the industry Matellio developers have the latest technical knowledge and trend that can help you in making an app like YouCam, which will rank high among the competition.