With all the advancements that we see in the IT sector lately, it is only natural that those who are responsible for building these tech wonders would want to do so more easily and efficiently. Programming languages have been around for decades, from C to C# and JAVA, vintage programming languages are responsible for creating the skeleton of software building science.

So today, we want to talk about the top 10 programming languages that will be used in the year 2020 and tell you what their pros and cons are.

Java is the most used, powerful and effective programming language with a moderate learning curve and high developer productivity. The language is strictly backward compatible which is an essential need for any business today. The language has never introduced a major breaking change like python or scala. So as a result, it is still the number one choice for enterprises today. Moreover, the language is highly popular among the Android development community and used for Android application development.

The Python programming language is an interpreted and object-oriented language with dynamic semantics which is largely accepted as the best programming language. Python’s fast, easy to learn and use syntax emphasizes readability and hence reduces the cost of program maintenance. Its standard data structures combined with dynamic typing and binding makes it attractive for rapid application development. It is also used as a scripting language that connects existing components together. The language allows you to focus on the core functionalities and features of the web applications by taking care of common programming tasks itself. Moreover, the language has a great scope and offers a great starting point for beginners. The language also provides significant library support and contains a large community of developers.

C++ is a simple and great language to develop GUI. Most of the low-level systems like operating systems, file systems are written in C and C++. C++ is used by competitive programmers because it is extremely fast and stable. The extensive library support and speed of the language make it a popular choice among the high-frequency trading community as well. The language offers a Standard Template library that is used for various data structures, mathematical algorithms, and operations.

The programming language, Javascript is used to design interactive frontend applications. For instance, when a user clicks on the button which opens a popup button, that logic is developed with Javascript. There are many organizations, specifically startups, that are using NodeJS, basically a javascript-based runtime environment. NodeJS lets the developer use Javascript for a server-side programming language to produce dynamic web page content.

It is also termed as Golang. The developers at Google conceived of Go: a language engineered for the multicore processors, cloud services, computation clusters, and networked systems. Go provides excellent support for multithreading as well. The open-source language is statically typed and produces compiled machine code binaries. This also includes a tooling set, that enables users to safely use memories, manage objects, collect garbage and provide static typing along with concurrency.

The aim behind creating Go was to combine the best features of other programming languages, such as the ease of use with state-of-art productivity, high-level efficiency with static typing, advanced performance for networking and full use of multicore power. In case you’re looking for a programming language built for solving queries and issues encountered in complex software infrastructure environments.

In case you are thinking seriously about Android app development, then Kotlin is the best to proceed further in the year 2020. Kotlin offers big advantages over Java for JVM and Android app development. To put it simply, it is a general-purpose, open-source and statically typed programming language that was initially designed for JVM and Android that combines object-oriented programming features. Kotlin is focused on interoperability, safety, and clarity. The language has got native support and many IDEs like IntelliJ, IDEA as well as Android Studio are supporting Kotlin for developing Android web applications. Kotlin comes from an industry, not academia, which is the one huge benefit it provides to its users. This particular programming language today solves the issues and queries faced by programmers today.

If you are an iOS fan or looking forward to becoming an iOS developer, then Swift is a must-learn programming language in 2020. The language has already replaced Objective-C as the primary language for iOS software and application. As the language is supported by Apple Inc, it has enjoyed immense popularity since its inception. Since Apple is going to continue with the language, Swift is the language for you if you are looking for an Apple-specific development platform. Additionally, since the language is influenced by Python and  Ruby, it is user-friendly and fun to use. 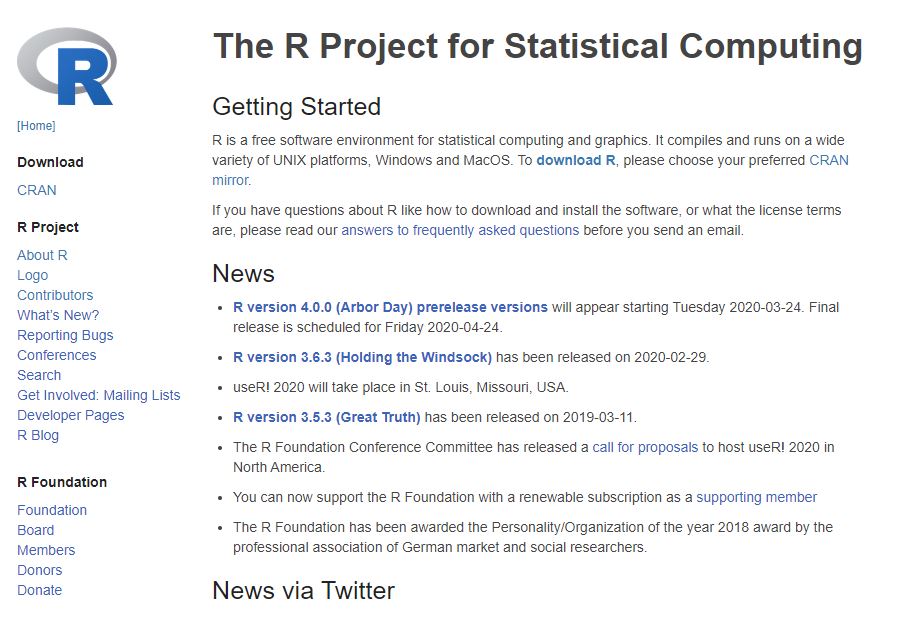 R is basically a programming language for statistical computing, graphics and one of the most commonly used programming languages, especially for data analysis as well as machine learning. The programming language provides an excellent framework and built-in libraries as well to build powerful machine learning algorithms. It also offers a wide range of statistical (linear, non-linear modeling, classical statistical tests, time-series analysis, classification clustering). One of R’s strengths is the ease through which public quality plots could be produced, including mathematical symbols and formulae wherever needed. The language compiles and runs on a wide variety of UNIX platforms and similar systems like Windows and macOS.

This particular language is designed especially for engineers and scientists. Simply put, MATLAB is a matrix-based language allowing the most natural expression of compilation mathematics. MATLAB helps users in analyzing data, develop algorithms, and also create models and applications. The language apps, built-in math functions, allow us to quickly explore multiple approaches to arrive at a solution. Moreover, the APIs enable the execution of MATLAB commands within your programming language without even starting a desktop session of MATLAB. MATLAB engine APIs are available for languages like C/C++, Fortran, Java, Python. Not only for deep learning and machine learning, but the language could be used for a broad range of web applications, including signal processing and communications, video processing, control systems, different tests and measurements, computational finance, and computational biology.

If you are planning regarding the web and mobile application development, get in touch with us today. Matellio is a software engineering company with great expertise and experience in designing user-interactive software solutions for startups and large scale organizations.